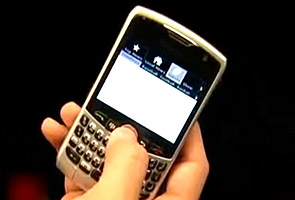 Highlights
The decision on whether BlackBerry can continue in India or not will likely be out today.

Union Home secretary GK Pillai will be meeting key officials from National Technical Research Organisation (NTRO), Intelligence Bureau and the Department of Telecom (DoT) today to take the final decision on the issue.

The technical teams have had extensive discussions on possible solution to the government's demand that Research in Motion (RIM), the Canadian makers of BlackBerry, give full access to its email service.

RIM has already agreed to let the government intercept the BlackBerry messenger services from September 1. It is not clear if RIM officials will be part of the meeting today.

BlackBerry is a smartphone that allows users to send and receive data like e-mail through servers located overseas.

The government has asked RIM to provide access to data such as e-mail sent through the phone by August 31 or face ban on its data services.

Speaking on the issue recently, the Minister of State for Communication and IT, Sachin Pilot, had told reporters, "These concerns have been addressed in other parts of the world, I see no reason why the Indian government and agencies should take any risk at all as far as technology is concerned."


The Home Ministry had told the Telecom Ministry that if the security concerns were not addressed, the service should be stopped immediately.

RIM had said that company does not have a master key to gain access to encrypted corporate information.

The smart-phone-maker has a subscriber base of one million in India.
Comments