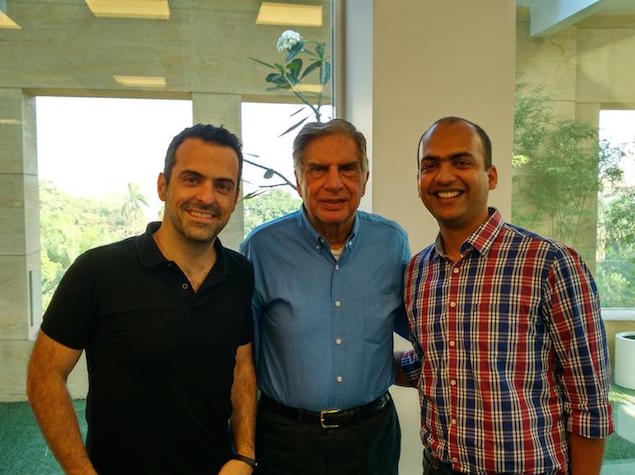 Three days after the global launch of Xiaomi Mi 4i in New Delhi - its first big launch outside of homeland China - Xiaomi revealed on Sunday that of India's biggest industrialists, Ratan Tata, has made an investment in the company.

"Mr. Tata is one of the most well-respected business leaders in the world. An investment by him is an affirmation of the strategy we have undertaken in India so far. We are looking forward to bringing more products into India," said Lei Jun, Founder and Chief Executive Officer of Xiaomi.

There are no details available on how much money the Tata Sons Chairman Emeritus has invested in the company that entered India last July but has already gained enough of a foothold to become the fifth-largest smartphone vendor in the country. Xiaomi was reportedly valued at over $45 billion in its last round of funding.

"We're incredibly honoured by this extraordinary vote of confidence. Mr Tata is very excited about Xiaomi and our plans for India, and we're really looking forward to working with him as an investor and advisor to build Mi India as a truly Indian company!," Xiaomi Vice President Global Hugo Barra said on Facebook.

"We want to become an Indian company. That is why we are building an R&D team here and setting up data centre. We want to manufacture and also invest in start ups in India," Lin said.

"This is a very proud moment for all of us at @Xiaomi, especially @MiIndiaOfficial team," Xiaomi India head Manu Jain tweeted. "There can not be a better mentor than Mr. Tata himself who can help us build a truly Indian company," he added.

On Thursday, Xiaomi unveiled the Mi 4i smartphone at an event in New Delhi, the company's first big launch event outside of China. Xiaomi Mi 4i features a unibody polycarbonate body, and has a soft touch matte finish with an anti-grease coating. Xiaomi says the dual-SIM dual standby Mi 4i is 12 percent thinner than the Mi 4, and 13 percent lighter, at 7.8mm and 130 grams. Both SIM card slots on the Xiaomi Mi 4i support 4G LTE connectivity, and the phone is compatible with LTE bands in India.

The Mi 4i sports a 5-inch full-HD (1080x1920 pixels) fully laminated OGS Corning Concore IPS display, which is said to provide the same protection as the Corning Gorilla Glass 3. Xiaomi Mi 4i has a pixel density of 441ppi, and a Sunlight Display feature that optimises the display for visibility under bright light.

Xiaomi Mi 4i runs MIUI 6 based on Android 5.0 Lollipop, and supports 6 Indian languages - Hindi, Bengali, Kannada, Telugu, Malayalam, and Tamil. Mi 4i is powered by a 64-bit octa-core Snapdragon 615 processor coupled an Adreno 405 GPU and 2GB of RAM.

The Xiaomi Mi 4i sports 16GB of inbuilt storage, with no expansion slot. The Mi 4i bears a 3120mAh battery, and comes with a quick charge feature that charges the battery up to 40 percent in 1 hour, and 100 percent in 3 hours.

The Xiaomi Mi 4i is priced at Rs. 12,999 and will come in in Black, White, Orange, Light Blue, and Pink colours. The Mi 4i will be made available in its first flash sale on April 30 on Flipkart.