Vivo in a statement to Gadgets 360 said, "The health and safety of our employees and the public are our top priority." Intel echoed the sentiments. 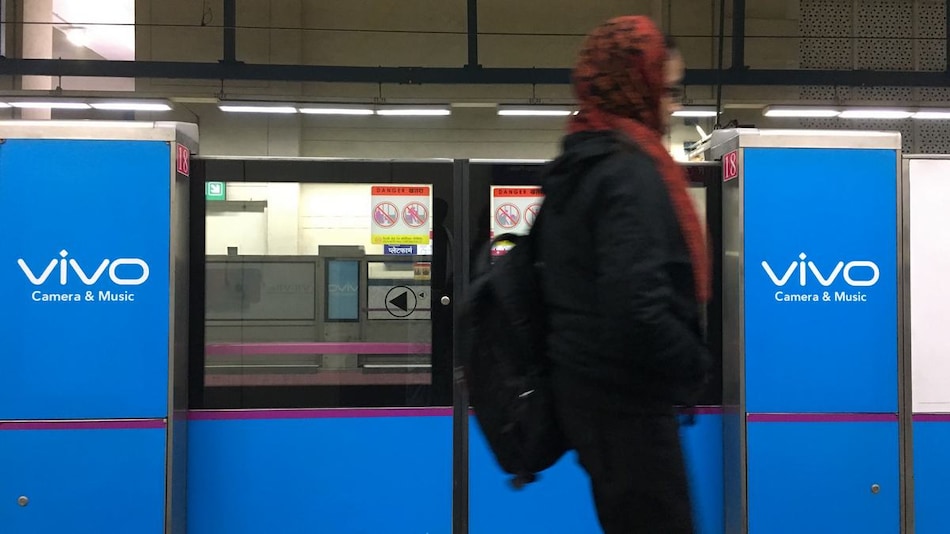 Vivo, Intel, MediaTek and NTT DoCoMo have joined the companies that have decided to withdraw their presence from the Mobile World Congress (MWC) 2020 trade show that will take place in Barcelona from February 24. Vivo had been due to showcase its Apex 2020 concept phone, while Intel is usually a large presence at the show. Other recent withdrawals include Sony and Amazon, while LG Electronics, Ericsson, and Nvidia withdrew last week. With these many major companies withdrawing, it is uncertain whether the trade fair will continue at all - and a new report claims organiser GSMA will reassess the situation on Friday, February 14.

In an emailed statement to Gadgets 360, Vivo said, "Vivo has been closely monitoring the Novel Coronavirus Pneumonia (NCP) outbreak and continuously evaluating planned activities. The health and safety of our employees and the public are our top priority. Based on the present situation, we have decided to withdraw from our debut at MWC 2020 and other related events later this month in Barcelona, Spain."

In a statement to VentureBeat, an Intel spokesperson said, "The safety and wellbeing of all our employees and partners is our top priority, and we have withdrawn from this year's Mobile World Congress out of an abundance of caution. We are grateful to the GSMA for their understanding and look forward to attending and supporting future Mobile World Congress events."

In a statement to Gadgets 360, MediaTek President Joe Chen said, "The decision for MediaTek to withdraw from MWC Barcelona was not made lightly, however, we must prioritise safety and health of our employees, customers and partners. Though we're disappointed to remove ourselves from a global industry event, we're confident our decision is the right thing to do and in the best interest of the employees who make up MediaTek."

NTT DoCoMo, the biggest Japanese telecommunications operator and one of the biggest in Asia, said it too would be absent for reasons of "security" stemming from the virus.

Amazon, Japan's Sony, South Korea's LG Electronics, Swedish equipment maker Ericsson, and US chipmaker Nvidia have already withdrawn from MWC, which had more than 100,000 visitors and upwards of 2,400 exhibitors in 2019.

MWC is the telecom industry's biggest annual gathering, with companies spending millions on stands and hospitality to fill their order books. Barcelona's economy got a boost of around EUR 470 million ($515 million) last year from the event, its organiser the GSMA estimated. The GSMA had no immediate comment.

Gremi d'Hotels de Barcelona, the city's main hotels association, said coronavirus concerns had resulted in cancellations but it was too early to quantify the impact on overall bookings.

And the region's digital policy councillor, Jordi Puignero, told local radio station RAC1 the Catalan regional government was "taking measures so that everything proceeds as normal".

"There is no reason to not attend," he added.

Sources close to exhibitors said that if participants cancel, they would have to bear the cost. The GSMA, an industry association representing more than 750 operators and 400 companies, would only be liable if it calls off the event.

As per a report by Euractiv, citing Spanish media reports, GSMA will make its decision on whether to cancel the MWC 2020 trade fair on Friday, after an extraordinary meeting of GSMA board members on the same day.

Sony and NTT said in statements they had withdrawn after taking into consideration the safety of customers, partners and staff. Sony said its launch event would be held via video.

NTT did not immediately confirm whether its chief executive, Kazuhiro Yoshizawa, would continue as a panel speaker.

US-Israeli software provider Amdocs also pulled out of the event on Monday.

"While we appreciate the precautionary measures put into place by the (organizer) GSMA, we believe the safest option is not to attend MWC 2020 in Barcelona,” Amdocs' CEO Shuky Sheffer said in a statement.

Chinese electronics company TCL said it was cancelling a press event but would still attend MWC and showcase new devices, while Norway's Telenor said it was planning to cut the number of staff attending as well as reducing its programme.

GSMA said on Sunday that no-one from China's Hubei province, where the coronavirus outbreak began, would be allowed to attend, while visitors from China must prove they have been outside the country for at least two weeks prior to the event.

These measures add to earlier actions aimed at preventing the spread of the virus, including changing microphones between speakers and advising all attendees not to shake hands.

The death toll from coronavirus in mainland China has risen above 900, with more than 40,000 people infected. More than two dozen countries are grappling with the virus, which has infected more than 330 people outside China.

In 2019, some 6 percent of Mobile World Congress attendees were from China, GSMA's post-congress report showed. Most were from Europe, around 64 percent, as were about 45 percent of the exhibitors.

China's Huawei and ZTE have said they will attend, ordering China-based staff to self-isolate ahead of MWC and drafting in European staff to cover for those not able to attend from China.

Other trade shows have also been hit by the virus, with the biennial Singapore Airshow reporting the loss of more than 70 participants, including US group Lockheed Martin and Bombardier of Canada.

The MWC is a major date on tech company calendars and normally draws more than 100,000 people from all over the world to see the latest innovations and gadgets.

The mobile trade association GSMA that organises the congress said Sunday it was taking drastic precautions this year to ease fears that it could become a hub for the virus to spread.

To date, more than 40,000 people have been infected and more than 900 have died in the outbreak that began in China's Wuhan city. Most deaths have been in China.

The Barcelona congress will be off limits to anyone from the Chinese province of Hubei, where the virus first broke out, and visitors from other parts of China will have to show they have been outside the country for two weeks before arriving in Spain.

Shenzhen-based ZTE, which makes smartphones and wireless networking equipment, and Huawei have said they still plan to attend, along with compatriots Oppo and Xiaomi.

"We remain more than 2,800 exhibitors strong," a GSMA statement said.

ZTE's exhibition stand and equipment will be disinfected daily and its booth exhibition staff will come from countries outside China, mainly from Europe, it said.

Senior executives taking part in "high-level meetings" at the gathering "will self-isolate themselves in Europe for at least two weeks prior to the MWC," a ZTE statement said.

The company plans to showcase new 5G devices this year.

Huawei staff, including executives, have also arrived two weeks early and shut themselves up in their hotels, a company spokesman told AFP.

GSMA said: "We are grateful for the preventative measures our Chinese exhibitors have put in place, notably ZTE and Huawei."

Meanwhile, personnel will be on hand to take visitors' temperatures and exhibitors will be advised on how best to disinfect their stands.

Spain has not declared a health emergency and only two cases of coronavirus have been detected in the country so far, one in the Canary Islands and another on the Mediterranean island of Majorca.

"Everything will be done to ensure the participant's peace of mind," Barcelona Mayor Jaume Collboni told Antena 3 television.

But an association of Barcelona hotel operators acknowledged they had recorded cancellations for the period, which represents one of the Catalan city's most important events.