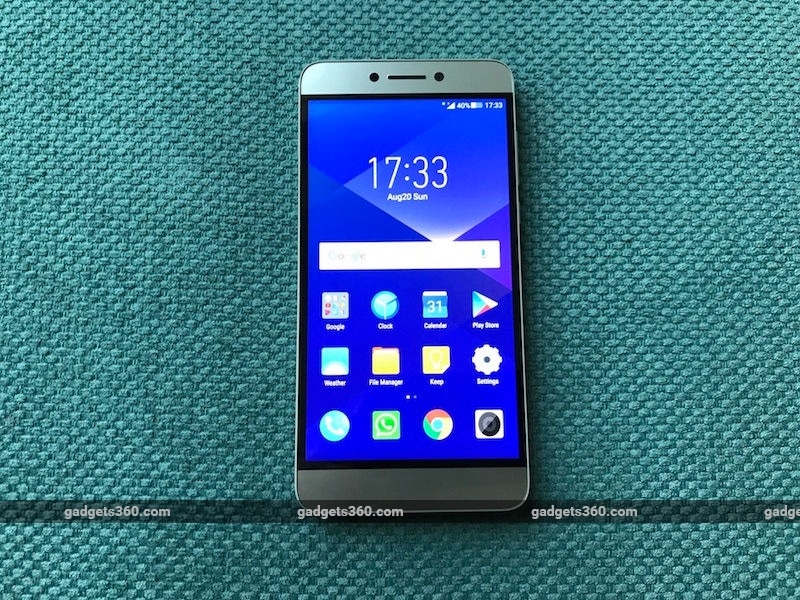 Coolpad has launched its flagship smartphone Cool Play 6 in the Indian market at Rs. 14,999. The phone was launched in China in May this year, and the company says it has customised the device for the Indian market. Available exclusively via Amazon India, the handset will go on sale in the country on September 4in Gold and Black colours.

The Coolpad Cool Play 6's camera features two 13-megapixel sensors on the back, with f/2.0 aperture, dual-tone, dual-LED flash and support for HDR and 4K videos. The front camera has an 8-megapixel sensor with f/2.2 aperture. Connectivity features of the Coolplay 6 include 4G VoLTE, Wi-Fi, Bluetooth 4.0, and USB Type-C. The phone has a 4000mAh battery, and Coolpad claims it has through software optimisations ensured the device delivers performance of a 4500mah battery.

While launching the Coolpad Cool Play 6, the company's India head also announced it will bring the Coolpad S1 Changer, Harmon/Kardon audio enhancements, in the country around Diwali.

He said at the launch, "Year 2017 has been a game changer for Coolpad in India and we continue to put our resources in the country with a plan to achieve 50% growth to extend our market share to 6% of the total market in India. With this launch we not only plan to lead the online space but also to make a bigger impact on the offline market in India."

The company says it has offline presence in 8 states with a reach in 3000 multi-brand outlets and plans to expand it to 18 states in the next year. It also claims to have 25 percent market share on Amazon in the sub-Rs. 8000 category.

Coolpad Global CEO James Du says the company is planning to open exclusive service centres in at least 5 cities in the next 6 months. The phone will be manufactured at Videocon's Aurangabad plant as part of the company's Make in India efforts.

Disclosure: Coolpad sponsored the correspondent's flights and hotel in Dubai for the Cool Play 6 launch event.