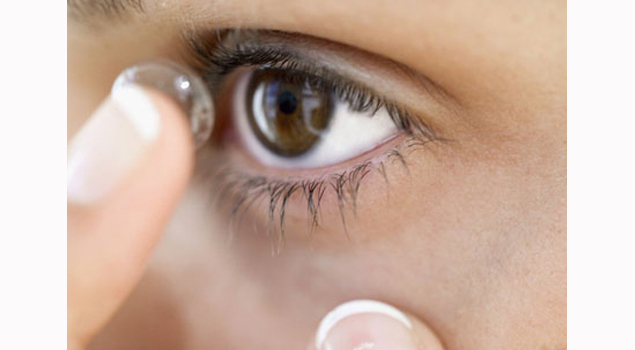 Scientists have developed a new technology that allows electronic messages sent from mobile phones to be directly projected on to contact lens placed in the recipient's eyes.

The technology, developed by Belgian researchers, allows information such as text messages from a mobile phone to the contact lenses.

"Now that we have established the basic technology, we can start working towards real applications, possibly available in only a few years," said Professor Herbert De Smet.

The new technology allows the whole curved surface of the lens to be used, unlike previous contact lens displays, which are limited to a few small pixels to make up an image.

One application suggested by the researchers is a "one pixel, fully covered contact lens acting as adaptable sunglasses".

"This is not science fiction," said De Smet, the chief researcher on the project, adding commercial applications for the lenses will be available within five years.

"This will never replace the cinema screen for films. But for specific applications it may be interesting to show images such as road directions or projecting text messages from our smart phones straight to our eye," said De Smet.

The innovation is the first step towards "fully pixelated contact lens displays" with the same detail as a television screen.

The lenses could also be used for medical purposes, for example to control the light transmission toward the eye's retina in case of a damaged iris, the report said.

For cosmetic purposes, the lens could be used to provide the iris of the eye a tunable colour, allowing the user to change it to suit their mood.