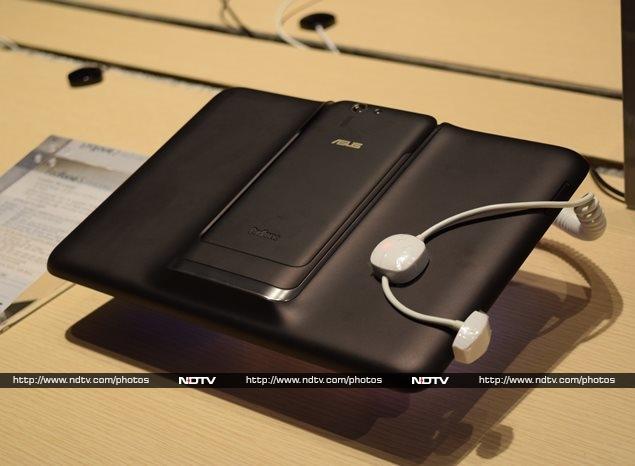 Asus kicked off its Computex 2014 campaign with the launch of two new Asus Fonepad tablet models, and the LTE-enabled version of the Asus MeMOPad 8.

Now, Asus has launched the new PadFone smartphone-tablet hybrid dubbed Padfone S, which is being touted as the global version of the 5-inch Asus PadFone X, which fits into an 8.9-inch tablet dock, that was first announced at CES this year.

Unfortunately, Asus has not revealed price details of the three devices - Padfone S, Zenfone 4, and Zenfone 5.

The Padfone S smartphone features a 5-inch full-HD (1080x1920 pixels) display and is powered by a 2.3GHz quad-core Qualcomm Snapdragon 801 (MSM8974AB) processor alongside 2GB of RAM. There is a 13-megapixel rear camera onboard, while the smartphone also features a 2-megapixel front camera. It runs Android 4.4 KitKat out-of-the-box. The smartphone is backed by a 2300mAh battery. There is no word on inbuilt storage and connectivity options.

Much like its other Padfone devices, the PadFone S comes with a tablet docking station, which in this case features an 9-inch full-HD (1920x1200 pixels) display. Like previous iterations, the smartphone fits into the tablet dock, powering the tablet with its hardware. The tablet dock packs a huge 4990mAh battery.

The Zenfone 5 has been refreshed with LTE network support and is now powered by a 1.2GHz quad-core Snapdragon 400, instead of an Intel chipset, while the Zenfone 4 will come with an upgraded Intel chipset. Rest of the specifications are same as the original Zenfone 4 and Zenfone 5 smartphones.