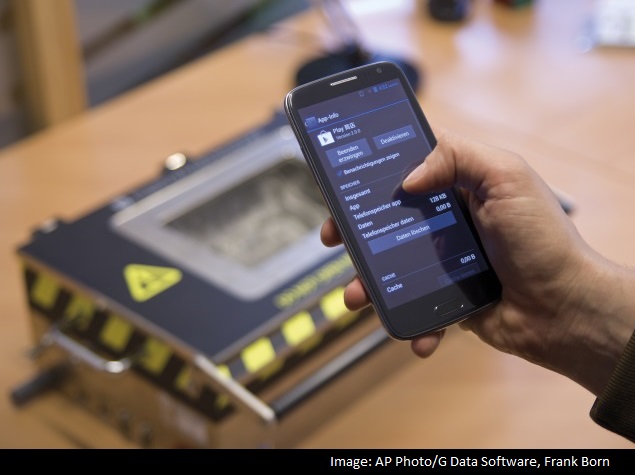 G Data Software said it found malicious code hidden deep in the propriety software of the Star N9500 when it ordered the handset from a website late last month. The find is the latest in a series of incidents where smartphones have appeared preloaded with malicious software.

G Data spokesman Thorsten Urbanski said his firm bought the phone after getting complaints about it from several customers. He said his team spent more than a week trying to trace the handset's maker without success.

"The manufacturer is not mentioned," he said. "Not in the phone, not in the documentation, nothing else."

The Associated Press found the phone for sale on several major retail websites, offered by an array of companies listed in Shenzhen, in southern China. It could not immediately find a reference to the phone's manufacturer.

G Data said the spyware it found on the N9500 could allow a hacker to steal personal data, place rogue calls, or turn on the phone's camera and microphone. G Data said the stolen information was sent to a server in China.

"We have to assume that such incidents will increasingly occur, for different commercial and other reasons," said Rupp.