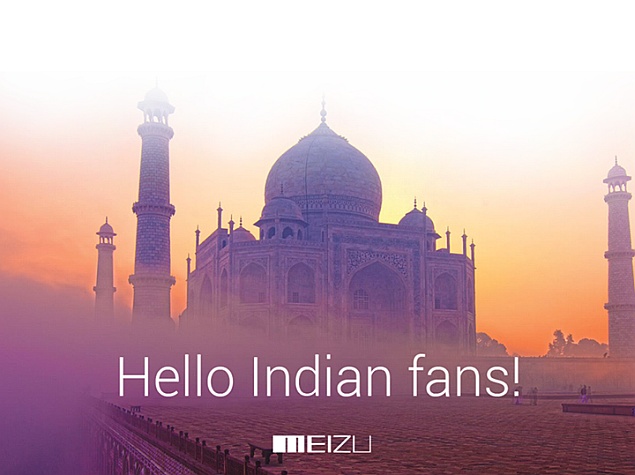 Meizu, one of the top smartphone manufacturers in China, is all set to enter the Indian market. The company on Wednesday announced the launch of its Facebook page for India (though it was created roughly a month ago), and has started a giveaway contest.

To participate in Meizu India's giveaway contest, users have to reply to the firm's Facebook post with their 'Meizu story', alongside mentioning three friends. The Chinese smartphone manufacturer says winners will be announced on Saturday.

What product is given away to the contest winners by Meizu is expected to be a strong hint towards what product the Chinese manufacturer will launch first in India.

The company's Facebook page cover photo (both for the global page and the India page) features the Meizu m1 note smartphone, which was launched in January, and the company is also hinting it will launch this model in India. A Meizu India Facebook reads, "Meizu fans in China really love the m1 note! We are sure that you will love it too!"

The company is separately being speculated to launch the Meizu m1 smartphone in India when it enters the market. The budget smartphone, priced at $110 (roughly Rs. 6,900), is expected to take on the Xiaomi Redmi 2 (launched at Rs. 6,999) in India.

The Meizu m1 model that was announced in January features only 1GB of RAM, since then, an upgraded version has hit China's certification authority, Tenaa, with 2GB of RAM and a full-HD display. It remains uncertain which model the Chinese smartphone manufacturer will launch in India to better compete with Xiaomi, which thus far has made a huge mark in the Indian market.

Other specifications of the Meizu m1 (with 1GB of RAM and 8GB of built-in storage) include a 5-inch 768x1280 pixel display with Corning Gorilla Glass 3 protection; Android 4.4.4 KitKat with Flyme 4 skinned atop; a 1.5GHz MediaTek MT6732 SoC with four Cortex-A53 cores; a 13-megapixel rear autofocus camera with LED flash; a 5-megapixel front-facing camera; LTE, Wi-Fi 802.11 b/g/n, GPS/ A-GPS, Micro-USB, and Bluetooth 4.0 connectivity, and a non-removable 2500mAh battery.
Affiliate links may be automatically generated - see our ethics statement for details.