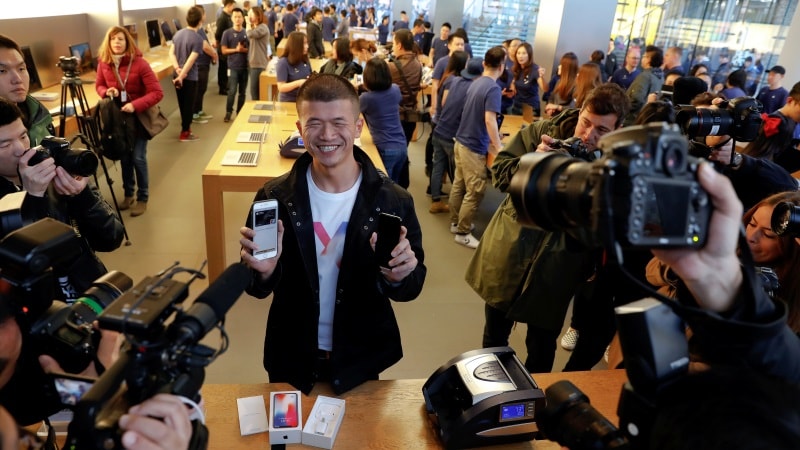 "This drop was partly due to China having one of its worst year-on-year performances in the fourth quarter of 2017. Shipments went down 14 percent to just under 113 million units," Singapore-based market research firm Canalys said late on Thursday.

Huawei witnessed its best-ever quarter in its home market and shipped more than 24 million smartphones in the fourth quarter to reach a total of 90 million in 2017.

"Honor's performance has complemented Huawei's success, by contributing more than half of Huawei's total shipments. But competition between Huawei and Honor is getting fierce and Huawei must deal with possible internal cannibalisation," Mo Jia, Research Analyst at Canalys, said in a statement.

Despite the dip in the fourth quarter, both Oppo and Vivo saw double-digit growth in 2017. Both the players retained their respective second and third positions in China's smartphone market.

"The market has slowed faster than expected. Being aware of inventory issues, both vendors have set up flagship stores in tier-one cities to boost their branding and drive value growth," Jia said.

"Failure to drive footfall, however, will threaten Oppo and Vivo's ongoing channel transformation and render the exercise futile," Jia added.

Apple overtook Xiaomi to take the fourth spot, pushing it back to fifth position with 13 million shipments.

"The declining Chinese market will have a detrimental impact on those Chinese vendors that have been heavily relying on their home market," said Hattie He, Research Analyst at Canalys.

"The threat to vendors such as Gionee and Meizu is now closer than ever," he added.