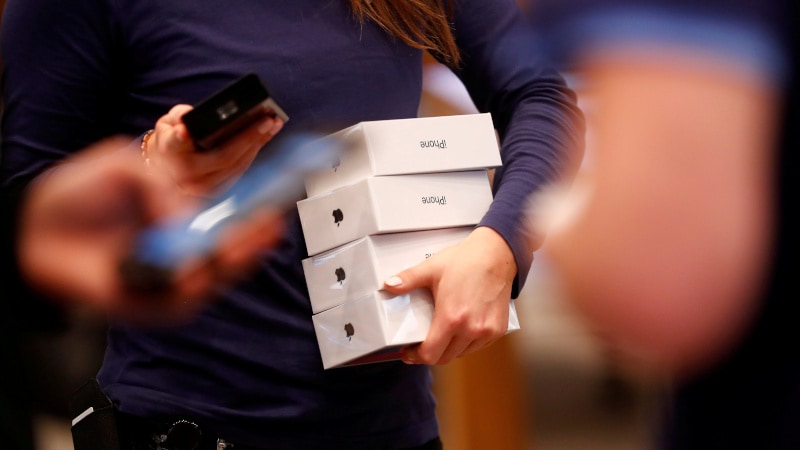 In a bid to show support for Huawei following the recent arrest of the company's chief financial officer Meng Wanzhou in Canada, businesses in China are urging the staff to boycott Apple and apparently even threatening to punish those who don't comply. For many people in the country, it seems the arrest isn't just about the ongoing trade tussle between US and China or sanctions or laws, it has become a point of national pride. There have been calls to subsidise Huawei products and many firms have apparently already started offering to fund 10 to 20 percent of the Huawei device cost for their employees. Others are willing to cover even the full amount of purchase. According to a report, the show of support for Huawei has been widespread, ranging from Information Technology firms to food companies.

The Nikkei Asian Review reports that an electronics maker Shanghai Youluoke Electronic and Technology is subsidising up to two Huawei phones per staff member. Similarly, another device maker Shenzhen Yidaheng Technology said it will reimburse as much as 18 percent of the Huawei or ZTE device cost.

One brewer in China's Henan province announced that it will offer free alcohol worth the 30 percent of the cost of Huawei device purchases for employees as well as customers.

Given that Huawei, despite being a private company, is said to be closely aligned with the Chinese government, the Communist party has apparently also encouraged corporate support for the company. A regional government official told Nikkei that several hundred businesses were offering incentives or subsidies on Huawei devices purchases in the country.

Meng Wanzhou, who was arrested in Vancouver earlier this month on the request of the United States is suspected of fraud over misleading the US authorities about the Chinese company's links to a Hong Kong firm that sold US-manufactured goods to Iran, in violation of the US sanctions. Meng has since been released on bail but faces extradition to US over the charges. Both China and Huawei called the arrest wrongful.

While many firms are rallying around Huawei by offering incentives to buy their products, some are going further than just shunning Apple. The Nikkei report adds that a Shenzhen-based machinery maker recently threatened to impound Apple devices from staff and fire those who didn't obey. Menpad, another tech firm in Shenzhen, warned Apple device buyers and said it will punish anyone purchasing the products of the iPhone maker. Other companies have said that they would withhold bonuses of staffers buying iPhones or fine them the amount equivalent to the price tag of the device.

The boycott hasn't been limited to just Apple products. According to a recent report in The Washington Post, Mengpai Technology, a company manufacturing connected products, instituted a ban on the purchases of American-brand office equipment as well as American cars.

This isn't the first time that the Chinese consumers and businesses have boycotted companies from other countries depending on their relations with Beijing. Several stores related to Japanese companies were destroyed in 2012 protests in the country over Senkaku Islands dispute. South Korea's Hyundai and Lotte too faced similar boycotts in the past. Apple was at the receiving end of a small, short-lived such protest in 2016 as well.

Meanwhile, several iPhone models were banned by a Chinese court earlier this month over the company's ongoing patent dispute with Qualcomm.