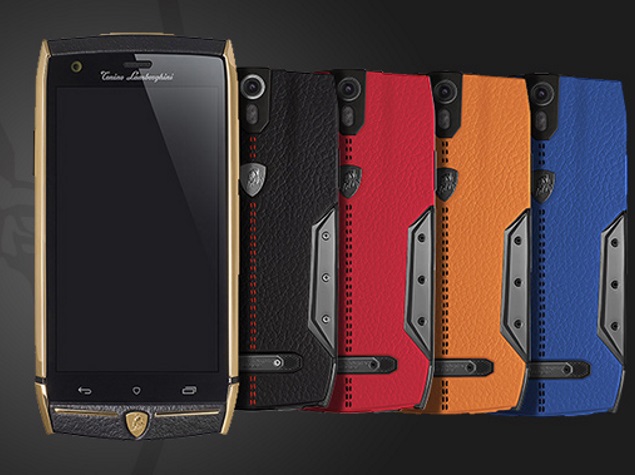 For the consumer who wants a smartphone to make an impression, the Lamborghini nameplate can do that for a cool $6,000 (roughly Rs. 3.7 lakhs), shipping included.

Tonino Lamborghini Mobile on Monday announced the global launch of the stainless steel-and-leather handset ahead of the Consumer Electronics Show (CES) in Las Vegas.

Despite an uncertain economy and declining prices for mobile devices, the Italian-based company says it may be unable to meet demand.

"Luxury is not a need, but it is a way to stand out," said Bob Hatefi, chief executive at Lamborghini Mobile, a company formed by the son of famed auto designer Ferruccio Lamborghini.

"We provide technology as well as luxury. We are not after volume."

The company is not related to Lamborghini automobiles, which are now produced by a division of Volkswagen, but was created by Tonino Lamborghini, the son of the famed auto designer Ferruccio Lamborghini.

The handset, which sells as an unlocked device accepting dual SIM cards for international travel, has a five-inch high-definition display, 20 megapixel camera and can connect to mobile networks around the world.

The 88 Tauri handset is offered in black, gold and steel silver and is finished with high-grade leather available in five colors. Each phone is assembled by hand and receives a unique device number.

The company also makes headphones and other audio products, and an earlier smartphone selling for around $4,000 (roughly Rs. 2.5 lakhs).