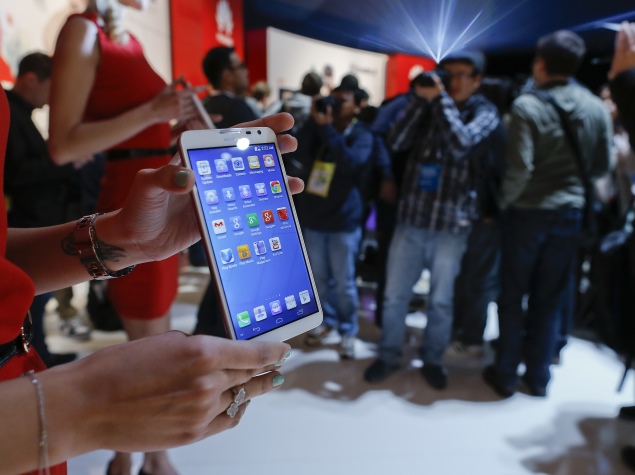 The new Ascend 2 Mate can outperform rivals with high-speed performance, a large 6.1-inch screen and battery life of two days even with heavy use, Huawei Consumer chief executive Richard Yu said in unveiling the device at the Consumer Electronics Show (CES) in Las Vegas.

Huawei is battling for the number three spot in global smartphone sales, but has only limited presence in the United States.

A unique feature of the Ascend, said Yu, is "reverse charging," to allow it to be used to top up batteries on rival smartphones which might be running low on power. He demonstrated that by connecting an iPhone to the Ascend with a cable at the Las Vegas press event.

Huawei, which has faced criticism in the United States over the extent of its ties to the Chinese government and military, is seeking to boost its brand presence among consumers, moving away from manufacturing for other labels.

"We want to be a great consumer brand in the world," Yu said.

The new phablet will replace the Ascend Mate unveiled a year ago and sold in some 40 markets, not including the United States.

Yu said the phone has an upgraded front-facing cameras for "selfies," and a new "intuitive" interface that simplifies the Android operating system.

But he said the biggest concern among consumers was battery life, and Huawei responded with the longest-lasting of any manufacturer.

"This can work for two days, even for heavy users," he said.