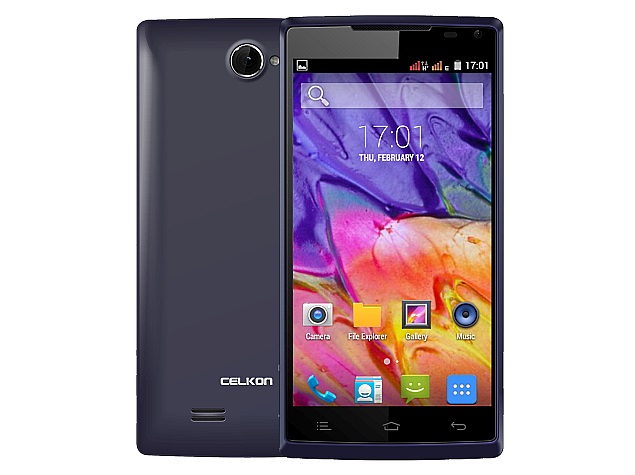 The dual-SIM based Campus A518 runs Android 4.4.2 KitKat out-of-the-box. It comes with a 5-inch (480x854 pixels) FWVGA IPS display. The smartphone is powered by a 1GHz single-core processor coupled with 512MB of RAM.

It comes with 4GB of inbuilt storage, which is further expandable via microSD card (up to 32GB). It sports a 3.2-megapixel rear camera with LED flash, while there is a secondary 1.3-megapixel front-facing camera also on board. On the connectivity front, the Celkon Campus A518 offers 3G, GPRS/ EDGE, Wi-Fi 802.11 b/g/n, Micro-USB, and Bluetooth options. The smartphone packs a 2000mAh battery. It measures 145x73x9.75mm; weighs 164 grams, and will be available in White and Dark Blue colours.

Commenting on the launch, Y Guru, Chairman and Managing Director, Celkon Mobiles, said "We at Celkon believe in constantly upgrading our offerings with innovation. The new Campus A518 is one such model which combines the power of a large screen with latest features and stylish add-ons. We have many more exciting and innovative products in the pipeline."

Narendra Modi Remains Third Most Followed World Leader on Twitter: Study
48 Percent of Indians See No Difference Between 2G and 3G Internet - and We Don't Blame Them