Cardboard is an Inexpensive DIY VR Headset by Google 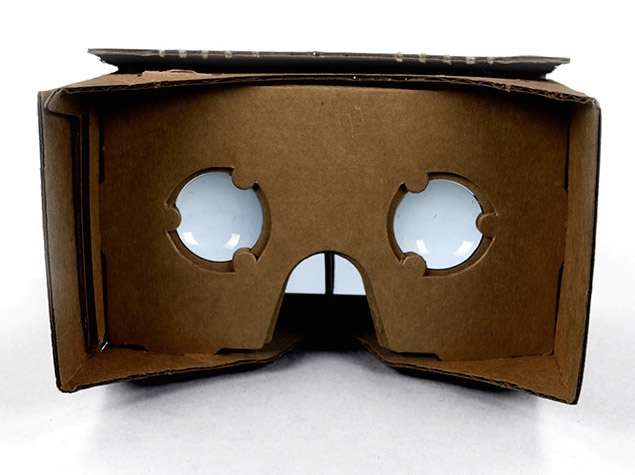 Google made a slew of announcements during the opening keynote of its developers conference, Google I/O, at Moscone Centre in San Francisco on Wednesday.

While the likes of Android L (the next major release of Android) and Android One (inexpensive Android handsets with regular software updates) grabbed all the headlines, at the end of the keynote, Sundar Pichai, Senior Vice President, Google, teased a small project called 'Cardboard'.

Cardboard is an inexpensive VR headset made by a bunch of Google engineers in their 20 percent time.

"Thinking about how to make VR accessible to more people, a group of VR enthusiasts at Google experimented with using a smartphone to drive VR experiences," Google says in a page introducing the headset. "The result is Cardboard, a no-frills enclosure that transforms a phone into a basic VR headset, and the accompanying open software toolkit that makes writing VR software as simple as building a Web or mobile app."

Google distributed Cardboard to all I/O attendees and also posted DIY instructions for people to make their own version of the headset using cardboard, lenses, magnets, velcro, rubber band, and (optionally) an NFC tag.

Upon inserting a NFC smartphone running Android 4.2 or above inside the Cardboard, users can experience VR using the Cardboard companion app for Android, available from Google Play. Developers can create their own Cardboard experiences using the SDK.

While Cardboard is clearly not meant as a competitor for Sony's Project Morpheus or Facebook's Oculus Rift, it shows Google is thinking about the subject, and one may see a serious VR offering from the Internet giant in the near future.