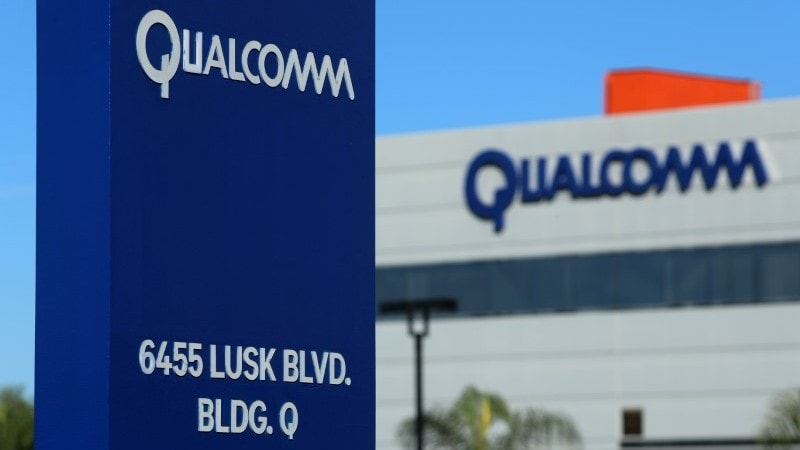 Broadcom made a $121 billion (roughly Rs. 7.8 lakh crores) "best and final offer" on Monday to acquire Qualcomm, ratcheting up pressure on its US semiconductor peer to engage in talks on what would be the biggest ever technology acquisition.

The takeover battle is at the heart of a race to consolidate the wireless technology equipment sector, as smartphone makers such as Apple and Samsung Electronics use their market dominance to negotiate down chip prices.

Qualcomm responded that its board of directors would review the latest offer, and declined to comment further until then.

Qualcomm shares fell 4.3 percent to $63.20 (roughly Rs. 4,070) at mid-afternoon on doubts about the deal's prospects, as well a KGI Securities report that said Apple might drop the chipmaker in favour of Intel to supply modem chips for its next-generation iPhones.

"Qualcomm and its board now have a tough decision, as this is a compelling offer in our opinion," said analyst Daniel Ives of GBH Insights.

Singapore-based Broadcom is mainly a manufacturer whose connectivity chips are used in products ranging from mobile phones to servers. Qualcomm primarily licenses its technology for the delivery of broadband and data, a business that would significantly benefit from the rollout of 5G wireless technology.

Qualcomm is locked in a patent dispute with Apple over its licencing agreements.

"Qualcomm got where it did in the last 30 years with a business model hinging on intellectual property licensing that is, at this day and age, not sustainable. You can sell products, as Broadcom does, very successfully, and generate a very good return for your shareholders," Broadcom Chief Executive Hock Tan said in an interview.

In a presentation issued on its website, Broadcom criticized Qualcomm's management team, led by its CEO Steve Mollenkopf, for its total shareholder returns of negative 7 percent since 2005, while the wider semiconductor index has returned 106 percent.

In January, Qualcomm announced an ambitious 2019 profit target predicated on a new $1 billion (roughly Rs. 6,400 crores) cost reduction plan and resolving licencing disputes, including with Apple. Broadcom said there was no reason to believe Qualcomm's latest initiative would be successful.

Broadcom also announced concessions to address Qualcomm's concerns that their combination could take more than 18 months to secure regulatory approval, and that divestitures demanded by antitrust watchdogs could be financially burdensome.

Broadcom said it was willing pay Qualcomm a "ticking fee" if the transaction is not completed within its target of 12 months after any definitive agreement. It would also pay a significant "reverse termination fee" if regulators scuttle the deal.

Broadcom's antitrust counsel, Daniel Wall of Latham & Watkins LLP, said in a filing with the US Securities and Exchange Commission that Broadcom was willing to sell two Qualcomm businesses to resolve any antitrust problems. These are its Wi-Fi networking processors and RF Front End chips for mobile phones.

"There is no antitrust issue. The overlap is very limited in this transaction. People talk about us making even more commitments on the regulatory front, like adding hell-or-high water provisions, which are not a very well defined legal standard, and we chose not to include it because it would not add much incremental certainty," said Tan.

Qualcomm's deal with NXP
Broadcom said on Monday its improved offer was premised on either Qualcomm acquiring NXP Semiconductors NV on the current disclosed terms of $110 (roughly Rs. 7,080) per share in cash, or the $38 billion (roughly Rs. 2.44 lakh crores) transaction being terminated.

Qualcomm's proposed acquisition of NXP was approved by European Union antitrust regulators last month. Qualcomm expects China's blessing later this month, at which point it has to decide whether it would raise its offer.

At Qualcomm's March 6 shareholder meeting, Broadcom plans to nominate a slate of directors to replace Qualcomm's board. That remains the company's focus unless Qualcomm agrees to negotiate, Tan said. When asked, he did not exclude the option of launching a direct offer for Qualcomm shares.

"We are going all the way to Qualcomm's shareholder meeting of March 6," Tan said.

SpaceX Poised to Launch Falcon Heavy, the 'World's Most Powerful Rocket'
As Trial Begins, Google Spinoff Waymo Says Uber Decided 'To Cheat' to Get Ahead