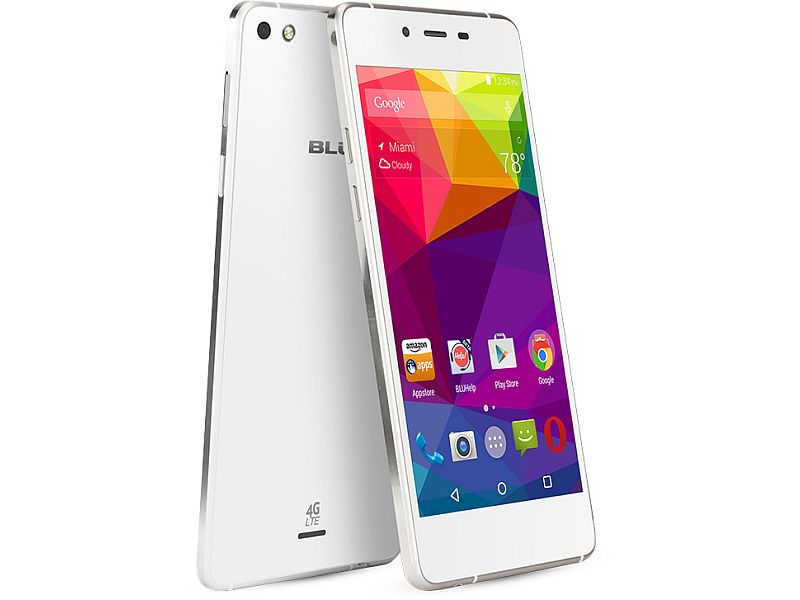 US-based smartphone maker Blu has launched two new smartphones - the Vivo Air LTE and Pure XL. Both the new smartphones will be going on sale exclusively via Amazon.com and will be available unlocked (without any mobile carrier bundling). For now, details of global launches have not been disclosed.

The Blu Vivo Air LTE (see above) is being touted as the "thinnest and lightest (97 grams) 4G LTE device to launch in America." It will be available at $199 (approximately Rs. 13,000) and will be available to purchase starting September 22. The handset will support 4G LTE on AT&T and T-Mobile's networks.

The Blu Pure XL, on the other hand, has been priced at $349 (approximately Rs. 23,000) and will be available on September 29. Similar to Vivo Air LTE smartphone, the Pure XL also comes with 4G LTE support on T-Mobile and AT&T networks.

Blu is touting its new Pure XL smartphone as a "flagship" handset at a competitive price. It features a massive 6-inch QHD (1440x2560 pixels) Super Amoled display with a pixel density of 490ppi. The handset also comes with Corning Gorilla Glass 3.

Under the hood, the Blu Pure XL (see below) is powered by MediaTek's new Helio X10 (MT6795) octa-core processor clocked at 2GHz coupled with PowerVR G6200 GPU and 3GB of RAM. It comes with 64GB inbuilt storage and supports expandable storage via microSD card (up to 64GB). 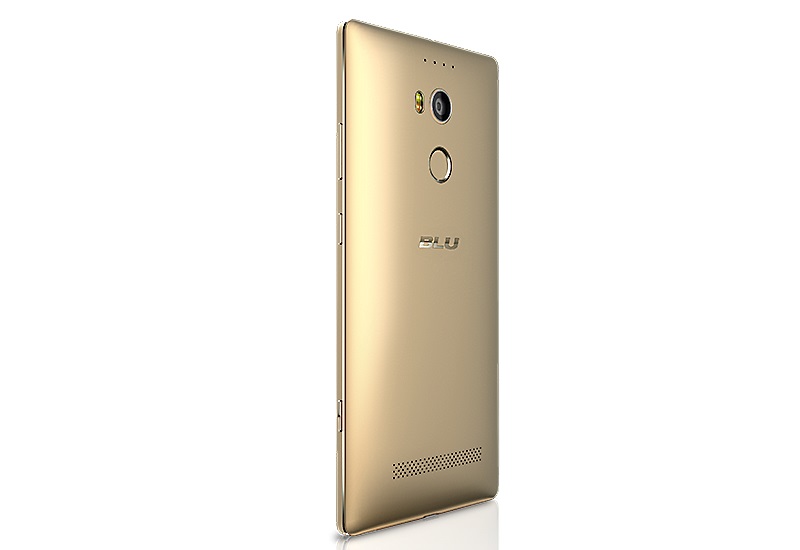 The smartphone sports an aluminium metal design with polished chamfered edges and also comes with fingerprint scanner on the back panel. The company claims that the device can be unlocked with a fingerprint touch in less than 10ms. The feature also allows users to lock files on the device.

It features a 24-megapixel rear camera with True tone flash while also comes with an 8-megapixel front-facing camera. The Android 5.1 Lollipop-based Blu Pure XL packs a 3500mAh battery. The company claims that the handset support quick charging offering users up to 15 percent charge in 10 minutes charge and up to 43 percent in 30 minutes charging. It will be available in Gold and Grey colours.

Commenting on the launch, Samuel Ohev-Zion, CEO of BLU Products said, "The BLU Vivo Air LTE is the most striking and remarkably beautiful smartphone device in the market today. Everyone who sees this phone will stop and be amazed at the unique work of art which is displayed."

"The BLU Pure XL is an industry flagship in every sense of the word, competing with any of the top tier devices available in the world today. Anyone will be hard pressed to find better technology period, including the extreme and powerful performance of the MediaTek Helio X10 processor found inside," added Samuel Ohev-Zion.