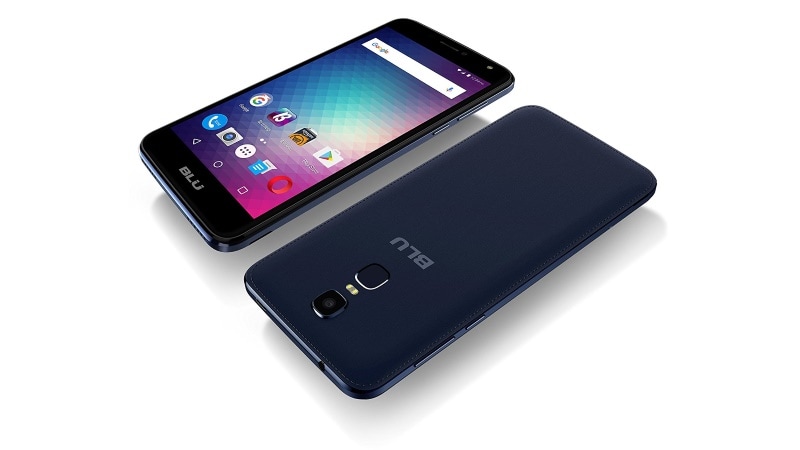 California-based Blu Products has launched a new smartphone to its Life series - the Blu Life Max. The Blue Life Max is a budget smartphone that comes with a large 3700mAh battery as its biggest highlight. The smartphone will be available in the US via Blu's official retail partner, Amazon at a decent price of $118.87 (roughly Rs. 8,000) for the unlocked version. For now, the smartphone is 'temporarily out of stock' without any information regarding its arrival on the Amazon. The Blu Life Max is only available in Dark Blue colour, and works on AT&T, T-Mobile, Cricket, MetroPCS, and Straight Talk, amongst other carriers.

The dual SIM (Micro-SIM) supporting Blu Life Max runs Android 6.0 Marshmallow out-of-the-box. The Blu Life Max is powered by a quad-core MediaTek 6737 CPU clocked at 1.3GHz, and houses a Mali T-720 GPU for the graphics. It packs 2GB of RAM under the hood. The Blu Life Max has a 5.5-inch HD (720x1280) IPS display with 'Blu Infinite View' - that's actually the curved glass around the corners of the smartphone - and a resolution of 267 ppi.

The Blu Life Max packs a 3700mAh battery that is rated to last up to 3 days with standard usage. Connectivity options in the Blu Life Max include 4G LTE, GPRS/ Edge, Bluetooth, Wi-Fi, and GPS. The smartphone measures 154.5x77.1x8.7mm.