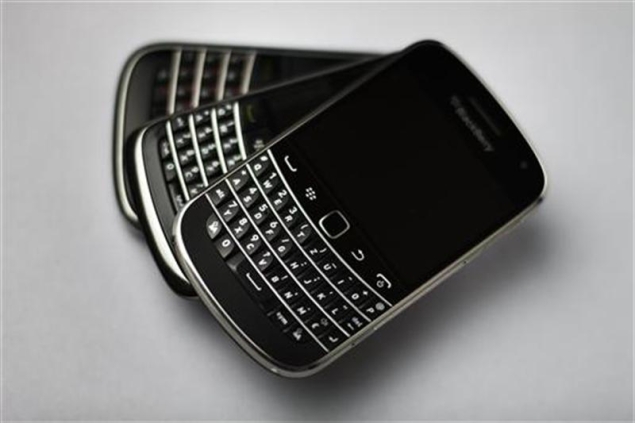 Indonesia has long been a surprising jewel in the crown of BlackBerry Ltd, a rare market where its devices enjoyed mass appeal. But the country also highlights the struggling company's failure to embrace the emerging economies that are leading smartphone sales growth across the globe.

Indonesia is still one of BlackBerry's biggest markets, accounting for about 15 percent of global users but its share of smartphone sales in Southeast Asia's biggest economy has fallen fast to 21 percent in the second quarter from 39 percent a year earlier, according to data from telecoms consultancy IDC.

Industry experts say BlackBerry was too slow to capitalise on its handsets' popularity with ordinary Indonesians, a clientele far removed from its traditional corporate and government "CrackBerry" users, a mistake that offers lessons for rivals like Apple Inc and Samsung Electronics Co Ltd.

"Indonesia was an opportunity lost - and at what cost," said a former BlackBerry executive familiar with the company's strategy, who declined to be identified as he did not want to jeopardise business ties with his ex-employer.

As smartphone prices fall and the number of global users rises, companies must either focus on niche markets, like Apple does with its high-end devices, or rapidly roll out a wide range of products at prices that would appeal to all customers, a strategy market leader Samsung has wielded with much success.

BlackBerry's stuttering approach meant it did neither.

After failing to spark interest with its upgraded operating system and devices, BlackBerry said last week it would step back from the consumer market and focus on enterprise customers. It also agreed to go private in a $4.7 billion deal led by its biggest shareholder.

Turning its back on the mass market follows a series of missteps BlackBerry made in lucrative emerging markets like Indonesia, where telecom networks and users embraced the devices long before the firm acknowledged their potential, and the need to tailor its business to make the most of that opportunity.

Too little, too late
Indonesia was once known as "BlackBerry Nation", a testament to the devices' popularity. The handsets started gaining market share around 2007, when telecom networks became the first in the world to adopt pricing plans that offered basic services at a fraction of the cost of the usual enterprise-focused schemes.

Unlike BlackBerry's mainstay developed markets, where devices are subsidised by the networks, most users in Indonesia buy their own handsets and then pay upfront for services.

The other key difference in places like Indonesia is how the devices are used: for most Indonesians, the main attraction was the BBM messaging service, a group-based network open only to those who own a BlackBerry, and not the secure email features.

But by the time BlackBerry's leadership grasped the value of understanding Indonesia, if only to counterweight falling sales in developed markets, the wave had already crested.

Only in late 2011, almost a year after it set up an Indonesia office, did BlackBerry pick Jakarta for the global launch of one model, triggering a mad rush for the devices.

It has since invested $5 million in educational funding in partnership with a local university, built a flagship store in Jakarta and this week expanded its Bali-based global centre for verifying software submitted to its app store.

These investments, however, did not address a key requirement to boost sales in any emerging market: a range of devices that match the varying budgets of clients.

Prashant Gokarn, chief strategy and planning officer at Indosat, said his carrier was one of two chosen for the domestic launch of devices running BlackBerry's new BB10 operating system (Review) earlier this year.

The BlackBerry Z10 (Review I Pictures), however, debuted with $750 price tag, putting it beyond the reach of all but the most well-heeled Indonesian.

"There was a lot of excitement at the time, but somehow the excitement did not translate into large numbers," Gokarn said, adding that most customers are now likely to use a second-hand BlackBerry, and carry it alongside another smartphone.

The Z10 helped lift shipments in Asia in the second quarter of 2013, but it wasn't enough to counter the fall in shipments of older devices in markets such as India and Indonesia, said Kiranjeet Kaur, Singapore-based analyst at consultancy IDC.

And while the appeal of the BBM remains strong, messaging services such as WhatsApp, Kakao Inc's KakaoTalk, Naver Corp's LINE and Tencent Holding Ltd's WeChat are increasingly popular alternatives.

BlackBerry has said it would shortly release an Android version of its BBM application, a move likely to further slow sales of its handsets in emerging markets. A early version of the app that was leaked online was downloaded more than a million times.

"Sales of Samsung or other Android phones will increase once they make BBM available on Android," said Eko, a BlackBerry retailer in Jakarta.

BlackBerry intends to continue catering to some non-enterprise customers, a company spokesman said, but he declined to give details, citing the company's quiet period ahead of its full quarterly results on Friday.

This lack of clarity has left the network operators that helped pioneer BlackBerry in emerging markets like Indonesia questioning the company's future in their country.

"Maybe they don't want to tell us they're shifting, but my reaction is to ask whether it's feasible to keep their device business going," said Joy Wahyudi, chief marketing officer of XL Axiata, one of Indonesia's biggest telecoms networks.

"That's going to be a challenge."