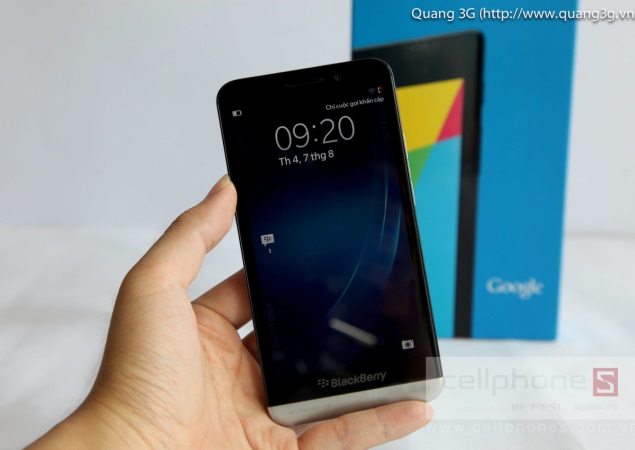 We have witnessed a number leaks featuring BlackBerry's upcoming smartphone running the latest BlackBerry 10 OS and it seems there's no end to them.

A new one minute video has been posted by 4Leakz that reveals the alleged BlackBerry Z30 in its full glory. The site has previously leaked videos of devices ahead of their official launch, the last being the LG G2.

The video shows that the alleged handset will feature a textured back with the rear camera on the top right side of the rear of the phone with the BlackBerry logo in the middle. The sides houses a number of ports and physical buttons. The alleged BlackBerry Z30 is expected to run the latest BlackBerry OS.

Earlier, the BlackBerry Z30 made an appearance in a walkthrough video posted by a Vietnamese publication.

The yet to be announced BlackBerry Z30 is rumoured to feature a 5-inch AMOLED display, the biggest one seen on a BlackBerry device, yet. The resolution of the display is said to be 720x1280 pixels boasting a pixel density of 295 PPI.

The device is likely to be powered by a 1.7 GHz dual-core Qualcomm Snapdragon S4 Plus MSM8960 processor coupled with 2GB of RAM and Adreno graphics. It may sport an 8-megapixel rear camera with an LED flash and a 2-megapixel front-facing camera. It is expected to be 8.4mm thick and may include a 2800mAh non-removable battery. It is said that the BlackBerry Z30 will include 16GB internal storage that would be expandable via a microSD card. Other connectivity features may include Micro HDMI, Wi-Fi, DLNA, NFC and Bluetooth.

Previously, we reported that BlackBerry's alleged new flagship smartphone, formerly code-named the A10 was officially named the Z30.

BlackBerry is passing through a tough phase and the company has reportedly set up a committee which is reviewing its options that also includes an outright sale.

You can check the video here.