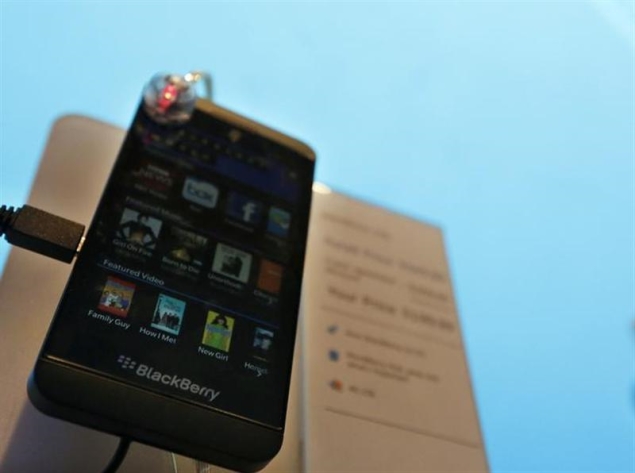 BlackBerry announced an unexpected quarterly profit on demand for the new touchscreen device that holds the key to its successful turnaround, but revenue remained far below year-earlier levels.

The smartphone maker said on Thursday that it had sold about 1 million of the new Z10 (Review I Pictures) devices during the fourth quarter ended March 2. It shipped roughly 6 million smartphones in that period.

Shares of the Waterloo, Ontario-based company fell 1.1 percent to $14.40 in premarket trading after the results were released.

BlackBerry said it believed it would approach break-even financial results in the first quarter, based on a lower cost base, more efficient supply chain, and its improved hardware margins.

Analysts on average had been expecting a loss of 10 cents a share in the first quarter, according to Thomson Reuters I/B/E/S.

Yet the company, which has lost market share to rivals like Apple Inc, is far from out of the woods. Quarterly revenue fell to $2.68 billion from $4.2 billion a year earlier.