BlackBerry Z10 price in India slashed to Rs. 17,990 for a limited time 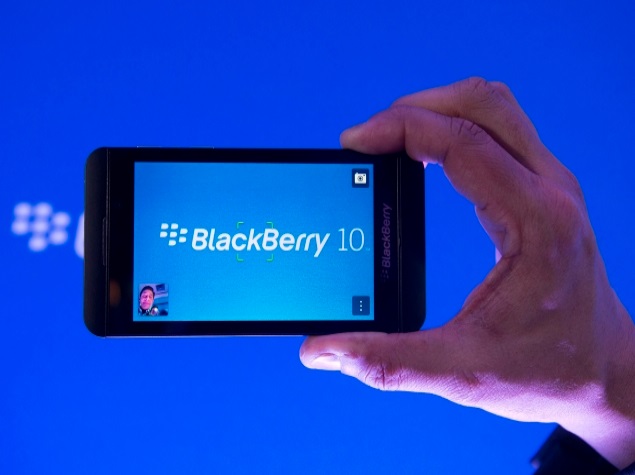 BlackBerry has slashed the price of its Z10 smartphone in India to Rs. 17,990 as the company "celebrates the 10th anniversary of its foray into the Indian market."

The Canadian handset maker has announced that the BlackBerry Z10 will be available at the new price for a period of 60 days. The new pricing makes the Z10 a very attractive option, as one can buy a device with flagship-level performance and experience at a sub-Rs. 20,000 price.

The first BB10 smartphone, the BlackBerry Z10, was launched in India February last year carrying a price tag of Rs. 43,490. Later, the price was slashed to Rs. 29,990 under a limited period festival offer.

Notably, BlackBerry in January slashed the price of Q5 smartphone by 20 percent in a limited period 'New Year Bonanza' offer, to Rs 19,990. The 'affordable' BB10 smartphone with a QWERTY keypad was priced at Rs. 24,990 at launch.

BlackBerry also announced a price cut of its Q10 handset by over 13 percent to Rs. 38,990, under a special offer in December last year.

It's worth pointing out that, when BlackBerry announced the pricing for its flagship, the Z10 in India back in February last year, the pricing received a lot of criticism. However, the company seems to have finally sweetened the deal, by bringing the Z10's price tag down to Rs. 17,990.

As mentioned earlier, the BlackBerry Z10 is the first phone-based on the BlackBerry 10 platform. The device is powered by a dual-core processor that is clocked at 1.5GHz along with 2GB of RAM. The inbuilt storage available on the smartphone is 16GB. It has an 8-megapixel rear camera that can capture 1080p videos and 2-megapixel camera in the front. The Z10 comes with a 1,850mAh battery, which as per the company claims gives 10 hours of talk time and 312 hours of standby time.