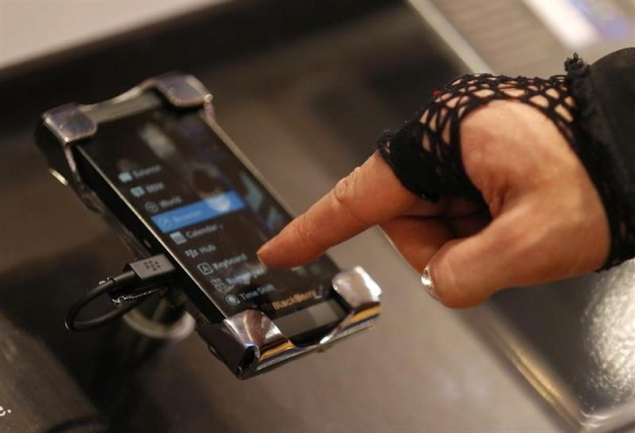 BlackBerry had launched its Z10 smartphone at a gala event in New York on January 30. The smartphone is already available in some of the markets including United Kingdom and Canada and according to some news reports the smartphone is getting a good response in these markets.

The Canadian smartphone maker has already indicated that India and Indonesia are its two key emerging markets and it is expected that their latest flagship device will be available in these markets soon. If reports in FoneAreana are to be believed, the company will be launching Z10 in India on February 24 and the device will carry the price tag of Rs. 39,000.

BlackBerry Z10 without a contract is available in United Kingdom for 480 pounds and will be available in UAE for AED 2,599, which roughly translates to approximately Rs. 39,000.

As expected, BlackBerry India spokesperson declined NDTV Gadget's request for comments on the report citing that the company does not wish to make any statements on the rumours. He further added that, "We would wish to get the product in India and any other key market as soon as possible but there are a certain timelines that have to followed to get any new product in the market."

Just to recap, Z10 is a full-touch device that comes with a 4.2-inch LCD screen with a 1280x768 resolution. It runs on the new BlackBerry 10 operating system and is powered by a dual-core processor that clocks at 1.5GHz alongside 2GB of RAM. The internal storage available on the smartphone is 16GB. It has a 8-megapixel rear camera that can capture 1080p videos and 2-megapixel camera in the front. Z10 comes with 1,850 mAh battery.

If BlackBerry does launch its Z10 in India for about Rs. 39,000 then it will be at par in terms of pricing with the flagships of competing brands. Nokia had launched its Lumia 920 smartphone in India for Rs. 38,199, while Samsung prized Galaxy S III was launched in May for Rs. 43,180. Apple iPhone 5 16GB version came with a price tag of Rs. 45,500 while HTC's full-HD Butterfly smartphone is available for Rs. 45,990.

However, if BlackBerry does want to get competitive in the price conscious Indian market, a price point of around Rs. 35,000 may just give them an edge.