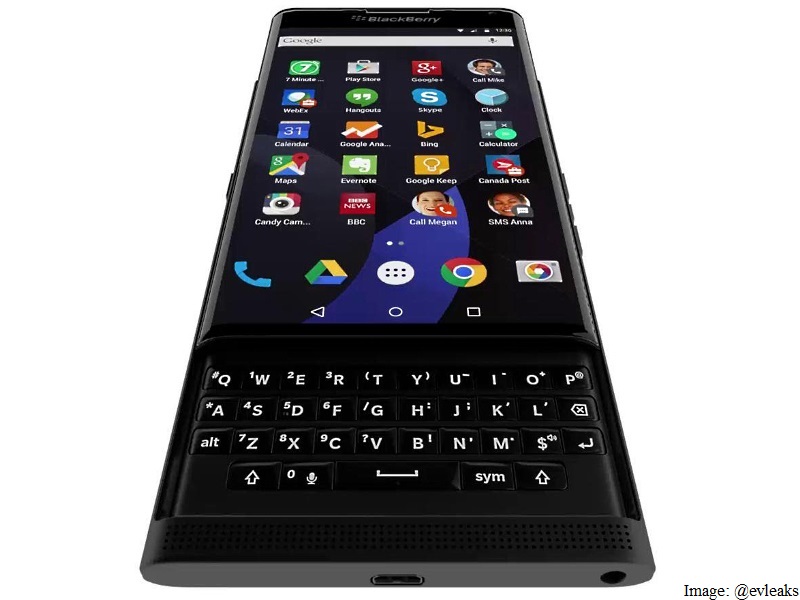 BlackBerry's first Android smartphone, believed to be dubbed 'Venice', indeed exists, claims one of the most popular tipsters Evan Blass (or more popularly known as @evleaks).

Blass has leaked an image of the upcoming slider smartphone from BlackBerry which will not just be able to run Android apps but is based on Android OS. In the image tweeted by Blass, the alleged 'Venice' smartphone is seen sporting a large touchscreen while also houses the physical keyboard in the slider popup. The leaked image only shows Google suite of apps on the screen of the yet-to-be-announced 'Venice' smartphone. Some of the apps visible on the screen of the 'Venice' are Play Store, Google+, Hangouts, Google Maps, as well as include Android for Work app.

In a separate tweet, Blass has also claimed that the BlackBerry 'Venice' will be available via "all four national US carriers" - AT&T, Verizon, T-Mobiles, and Sprint starting November. Notably, the news somewhat contradicts Blass's recent revelation that said that the Android-powered BlackBerry 'Venice' smartphone was due to launch on AT&T only.

Based on earlier leaks and rumours, the BlackBerry Venice slider smartphone is said to feature a 5.4-inch QHD (1440x2560 pixels) display, a 1.8GHz hexa-core 64-bit Snapdragon 808 SoC, 3GB of RAM, an 18-megapixel rear camera, and a 5-megapixel front-facing camera.

Earlier leaks also claimed that BlackBerry will be pushing its 'Venice' slider smartphone's on-screen keyboard to be used whenever the user needs to quickly take down notes, or otherwise quickly require text input access. While the physical keyboard, which is seen to be placed beneath the slider display, is said to be used in cases of heavy usage, for instance when sending mails.

Four Indians on This Year's MIT 35 Innovators Under 35 List
You Can Use Your Mobile Wallet, I Will Use the Cash in My Wallet