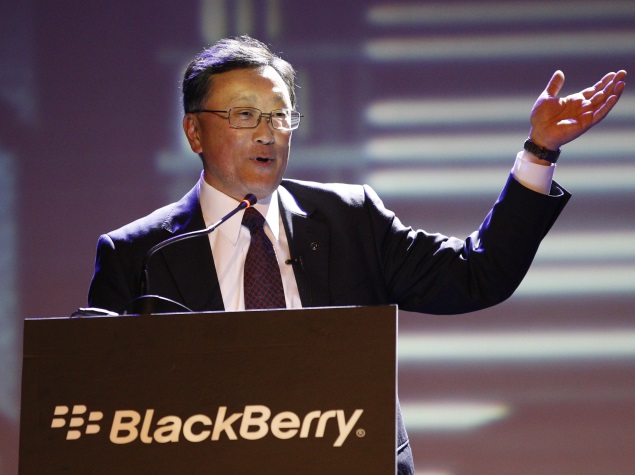 As Canadian smartphone manufacturer BlackBerry aims to regain its market share, CEO John Chen hints that a phablet will be next in the strategy of turning around the company's fortunes.

"If we will do another thing, we will probably go to phablet. I think if you look at our strategy and if you look at where the market goes, there is definitely a good market for something between a phone and tablet," said BlackBerry CEO John Chen in an interview to The Jakarta Post.

On his visit to Indonesia, Chen answered few questions about his strategy to turn around the luck for BlackBerry. With the recently launched BlackBerry Z3 still going strong in Indonesia, it seems that the company is betting on more such devices than on tablets.

"I think the phablet could be early, the tablet is already late. That is not a bad thing, because you can bring new technology," added Chen.

When he was questioned about BlackBerry's strategy to compete in Indonesia against the increasing popularity of Android and iOS devices, Chen said that the recently launched Z3 is a very competitive product and expects it to sell 1 million units of the smartphone.

"They are very focused on consumers. We have a very strong hold in enterprise. We do compete in the consumer space, and the product we launched [the Z3] is a very competitive product, especially since our brand is really big here in Indonesia. I hope to sell the Z3 a lot, like a million units or something" said Chen.

Also, while the company is more focussed on phablets, Chen said that it is not abandoning enterprise roots either. The company will be coming out with, "BlackBerry Messenger (BBM) for enterprises, called e-BBM, starting in June this year."
Comments

Nintendo Might Have 'Won' E3, but Needed More for 2014
How to Watch Fifa World Cup 2014 Live on Your PC, Smartphone or Tablet