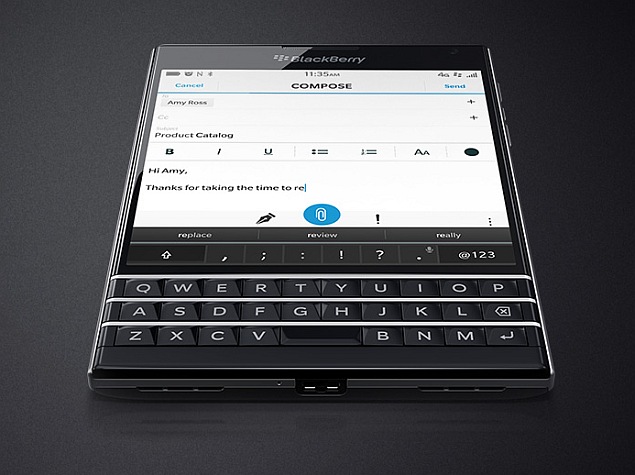 BlackBerry and television host Ryan Seacrest's keyboard company Typo Products have agreed to settle a patent dispute over the sale of smartphone keyboards of a certain size, the Canadian smartphone maker said on Monday.

In February, a US district court sanctioned Typo, co-founded by "American Idol" host Seacrest, for violating an injunction that barred it from selling a $99 iPhone keyboard case that BlackBerry said infringed its patents.

The court ordered Typo to pay BlackBerry $860,600 (roughly Rs. 5.3 crores) in sanctions, plus attorneys' fees and costs as it said that Typo had blatantly violated the court's initial injunction.

Physical keyboards have remained a key selling point for BlackBerry, loved by many of the company's most loyal fans, as it loses market share to Apple's iPhone and phones that run on Google's Android operating system, which typically have touchscreen keyboards.

In February, BlackBerry ratcheted up its fight with Ryan Seacrest's Typo, filing a new complaint that alleges that the company's new keyboard case for the iPhone also infringes on its patents.

BlackBerry, in the new complaint filed with the U.S. District Court for the Northern District of California, alleged that the company's redesigned Typo 2 case for the iPhone 5, iPhone 5s and iPhone 6 models, also infringe on its patents, disputing the startup's claims to the contrary.

Edited by NDTV staff from original story by Reuters
Comments