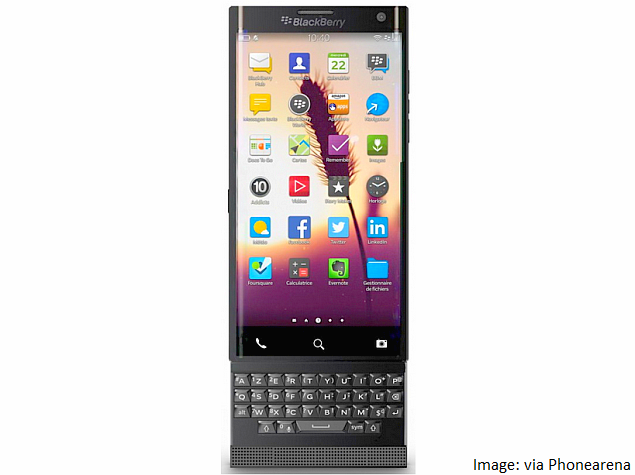 BlackBerry has not been faring well in the smartphone market, and has been unable to gain traction with its devices. After several missteps, and following recent rumours about the Canadian firm making an Android smartphone, the most recent rumour indicates BlackBerry is partnering Samsung to create the Android device.

According to Russian blogger, Eldar Murtazin, the unannounced BlackBerry slider or BlackBerry Venice handset, which was recently shown off at MWC with a dual-edge display, might arrive running Android OS. Murtazin in a tweet on Monday added, "Samsung + BlackBerry = Android Smartphone with Lollipop + BB services" hinting towards Samsung and BlackBerry partnering to launch an Android smartphone that's replete with BlackBerry's trusted enterprise services.

Notably, the piece of information comes few days after a report stating BlackBerry to be considering making Android smartphones in order to gain the market share it lost to Apple's iphone and other Android devices. Creating Android handsets might prove to be a boost for BlackBerry marketing in the smartphone market.

It is worth mentioning that the leaked image of the BlackBerry Slider or BlackBerry Venice surfaced the web in April this year. A look at the dual-edge display smartphone, reminds us of Samsung Galaxy S6 Edge. According to Phonearena, the slider handset is supposed to feature a 5.1-inch 2K resolution dual-edge display, octa-core processor, and a camera combination of 16-megapixel (rear) and 5-megapixels (front), all of which is already included in Samsung's Galaxy S6 Edge. The Venice is supposed to of course also sport a Qwerty keyboard in addition, which slides out.

The two smartphone makers have partnered together on various projects, and even denied reports about a $7.5 billion acquisition of BlackBerry by Samsung. The two companies tied-up last year on the BES12 a cross-platform EMM solution on Samsung Galaxy smartphones and tablets embedded with Samsung's own enterprise Knox technology.

The two companies recently also partnered for the launch of the Samsung SecuTABLET - and definitely have an history on hardware and software integration. Notably, a report from last month said BlackBerry is reportedly being eyed by firms like Microsoft, Xiaomi, Lenovo and others for an acquisition.