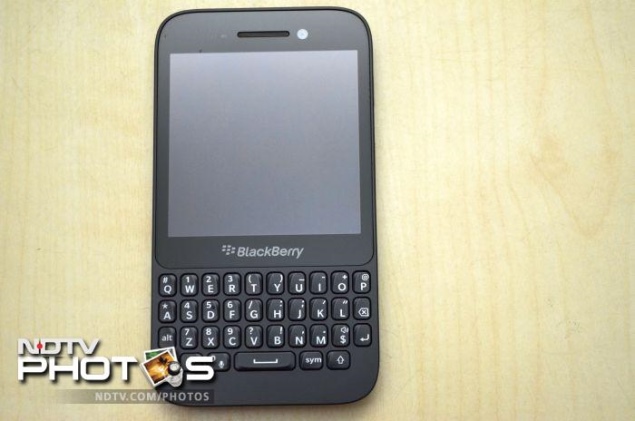 Canadian handset maker BlackBerry on Monday slashed the price of Q5 smartphone by 20 percent in a limited period 'New Year Bonanza' offer, to Rs 19,990. The 'affordable' BB10 smartphone with a QWERTY keypad was earlier priced at Rs. 24,990.

The offer is in line with BlackBerry's commitment towards the Indian market and will help the brand to reach out to more potential customers, he added.

The Canadian firm has been facing stiff competition from other smartphone makers like Apple and Samsung as sales have declined over the past few months globally.

Besides, it is also betting on apps, including taking its popular messaging service BBM to other operating systems, to rake in additional revenue in the coming months.

BlackBerry, in a filing, had disclosed that mounting inventory had cost the company about $1.6 billion in the third quarter and forced it to cancel the launch of two new devices.

It said the pile up was mainly on account of unsold BlackBerry 10 devices, which was launched in January last year with much fanfare.

Though the company does not disclose the number of its users, sources suggest 27-30 percent of its sales in India are of devices powered by the BB10 platform.