BlackBerry Q10 to launch in India on June 6 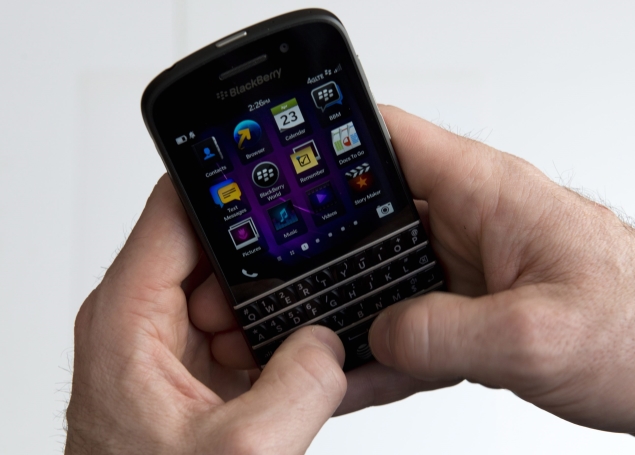 BlackBerry is all set to launch its QWERTY smartphone Q10 in India on June 6, 2013. A source  confirmed this news to NDTV Gadgets and also shared that the company will be sending out invites to the event shortly.

BlackBerry Q10 was a listed for pre-orders on snapdeal.com a couple of weeks back. The interested users have to shell out Rs. 1,000 to pre-book the smartphone. The website at the time of listing mentioned the release date of BlackBerry Q10 as "fourth week of May". However, now we know that this smartphone is launching in the first week of June.

So far, there is no word on what will be the final India price of the BlackBerry Q10.

BlackBerry had introduced its Q10 (Review I Pictures) smartphone in Canada and Britain in the fag-end of April. This is the second smartphone to run the new BlackBerry 10 operating system (Review). As per analysts the BlackBerry Q10 is practically sold out in the markets that it was launched, including Canada and the UK.

BlackBerry's Chief Executive Officer Thorsten Heins too had shared that the BlackBerry Q10 has got a warm reception in the UK. He also added that the company had high expectations from this smartphone and was hoping to sell "several tens of million of units" of this smartphone worldwide.

BlackBerry Q10 sports a 3.1-inch super AMOLED touchscreen. It also comes with a physical QWERTY keyboard, which has been associated with BlackBerry devices since the company started offering smartphones. There is an 8-megapixel rear camera on-board and a 2-megapixel front-facing camera. Connectivity options include Wi-Fi, Bluetooth, 4G and NFC. BlackBerry Q10 also packs in 2GB of RAM, 16GB of internal storage and a 2100mAh battery.

BlackBerry had introduced the BlackBerry 10 operating system in January 2013 along with its flagship smartphone BlackBerry Z10 (Review | Pictures). BlackBerry Z10 was launched in India almost a month after its global debut for Rs. 43,490.

Apple, Samsung US patent fight to be reviewed by trade panel
Google to license retailer ratings from STELLAService