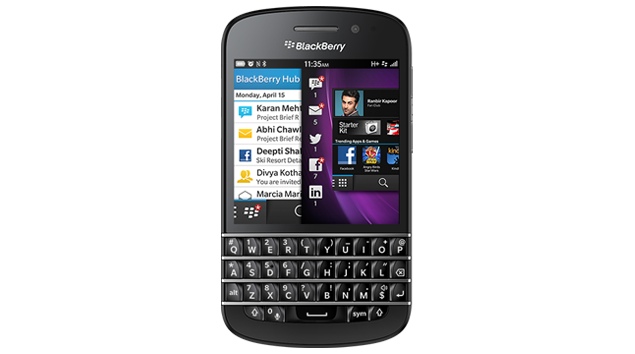 Handset maker BlackBerry on Monday slashed the price of its Q10 handset by over 13 percent to Rs. 38,990, under a special offer to boost sales of the BB10-powered QWERTY-keyboard device.

This scheme, valid till January 26, is according to BlackBerry in line with the company's commitment towards the Indian market, and will help the brand to reach out to more potential customers and QWERTY keyboard loyalists, said BlackBerry in a statement.

"There are several customers in India who love the physical QWERTY experience offered by BlackBerry. At this price point, QWERTY loyalists can take advantage of the powerful BlackBerry 10 platform as well as the unique QWERTY experience that the BlackBerry Q10 offers," BlackBerry India Managing Director, Sunil Lalvani said.

In September, BlackBerry had announced a similar offer, slashing the price of its Z10 smartphone by 31 percent to Rs. 29,990.

The Canadian firm has been facing stiff competition from other smartphone makers like Apple and Samsung as sales have declined over the past few months globally.

Besides, it is also betting on apps, including taking its popular messaging service BBM to other operating systems, to rake in additional revenue in the coming months.

It is running another offer for free and discounted apps for its BB10 operating system-run devices - BlackBerry Q5, Q10, Z10 and Z30.

Though the company does not disclose the number of its users, sources suggest 27-30 percent of its India sales are of devices powered by the BB10 platform.