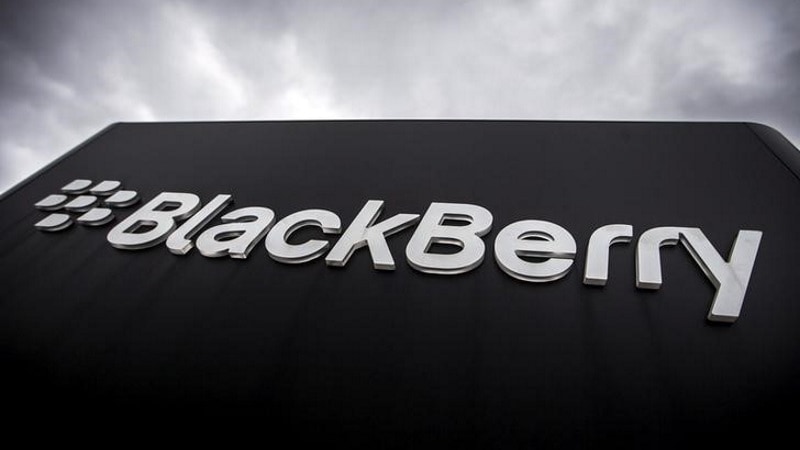 The company, which has sought to reinvent itself after the collapse of its smartphone handset business, secured 36 deals with US federal government agencies in the quarter, seven of which were each worth more than $1 million (roughly Rs. 6.4 crores), Chief Executive John Chen said during an analyst call.

"We have very good momentum," he said, singling out government sales to the United States, Canada and Germany. "It will have a snowball effect."

BlackBerry will hire more staff for sales, marketing and leadership positions as it focuses on growth. Its chief operating officer resigned last month.

"It's pretty impressive, beating on both the top and bottom lines," said Ali Mogharabi, an analyst at Morningstar. "The growth specifically in enterprise software is good to see."

The Waterloo, Ontario-based company said enterprise software and services sales jumped 11.5 percent from a year ago to $97 million (roughly Rs. 621 crores) as it received some 3,000 orders in the quarter from customers such as Deutsche Bank, NATO and the US government.

It had about 3,300 orders in the second quarter.

"They're on a good path, and they're consistently moving in the right direction," said Nicholas McQuire, vice president of enterprise research at CCS Insight.

Sales in its group that includes QNX software, used in automobiles, were flat at $43 million (roughly Rs. 275 crores).

While those deals are considered positive by analysts, Chen said they are not expected to generate revenue until 2019.

Revenue from intellectual property and licensing surged 67 percent to $50 million (roughly Rs. 320 crores). A jump in that category had provided an unexpected boost to second-quarter earnings.