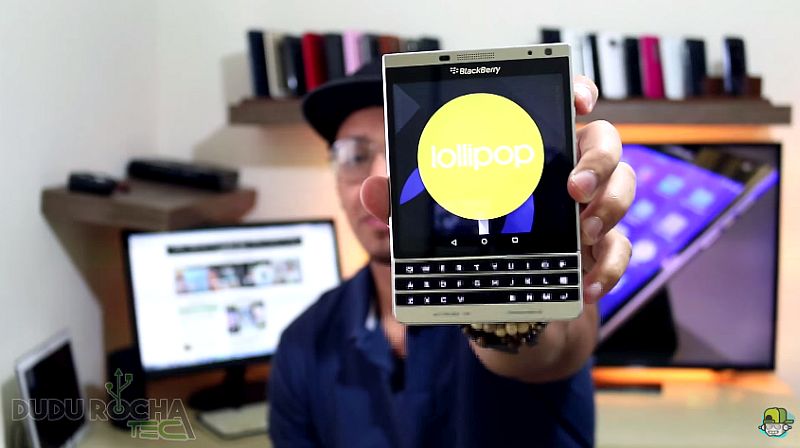 Several reports have been pointing that BlackBerry has been working on its first Android-powered 'Venice' slider smartphone.

YouTuber Dudu Rocha Tec posted the hands-on video of the alleged BlackBerry Silver Edition codenamed Oslo running Android Lollipop. The video has been shot in Portuguese and not much could be deciphered by us.

As of now, there is no word whether the company will be launching the Android-based Passport Silver Edition smartphone with same set of specifications as the original BlackBerry Passport (Review | Pictures).

To recall, the BlackBerry Passport Silver Edition was launched earlier this month and was priced at $549 (roughly Rs. 35,000) for the unlocked variant.

Similar to the Silver Edition smartphone, the original Passport was recently spotted in multiple images running Android 5.1 Lollipop. The leaked images showed the Passport smartphone's prototype handset with Android 5.1 on top and also had "Not for Sale" tagging tipping that the company may be internally testing how Android Lollipop runs on its handset.

Back in July, a report had suggested that BlackBerry may launch more than one smartphone running Android OS.

The BlackBerry 'Venice' slider Android smartphone is said to arrive on all four US carriers namely AT&T, Verizon, T-Mobiles, and Sprint starting November.

In Toshiba Scandal, the 'Tough as Nails' Target Setter
Drone to Track Tigers and Check Encroachers in Sundarbans