BlackBerry Brand to Launch at Least 2 More Smartphones in 2018: TCL 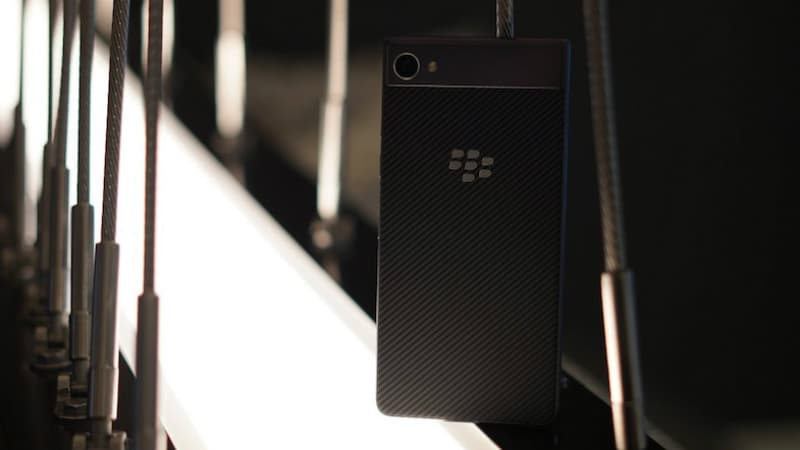 The full touchscreen BlackBerry Motion was announced back in October last year. It will be priced at a $449.99 (roughly Rs. 28,600) and will available in the US starting from January 12. Meanwhile, the new BlackBerry KEYone (Bronze Edition) will be released in select markets across Asia, Europe, and the Middle East, the company has said.

At the CES 2017, TCL had announced its first BlackBerry smartphone, which was later called the BlackBerry KEYOne. However, this year there were no announcements regarding a follow-up of the flagship smartphone.

The BlackBerry Motion is a dual-SIM smartphone running on Android 7.1 Nougat. It comes with a 5.5-inch HD (720x1280 pixels) display with DragonTrail Glass protection. It sports a physical home button below the Screen. A fingerprint scanner is also placed on the front. The handset is powered by the Qualcomm Snapdragon 625 SoC processor with 4GB of RAM.

BlackBerry Motion smartphone features a 12-megapixel rear camera with an f/2.0 aperture, dual-tone LED flash capability and ability to record videos in 4K at 30fps. There's an 8-megapixel front-facing camera with Selfie flash feature. The smartphone has 32GB of inbuilt storage, expandable via microSD card (up to 2TB). The new smartphone is powered by a 4000mAh non-removable battery with Quick Charge 3.0 support and a USB Type-C port.

The BlackBerry KEYone is a dual-SIM smartphone powered by Android 7.1 Nougat. It sports a 5.5-inch Full-HD screen with a 3:2 aspect ratio (1080x1620 pixels) and a pixel density of 433ppi. It is powered by an octa-core Qualcomm Snapdragon 625 SoC clocked at up to 2GHz, coupled with 4GB of RAM.

The KEYone camera setup bears a 12-megapixel rear camera with a f/2.0 aperture, PDAF, EIS, and dual-tone LED flash, apart from the 8-megapixel front camera that sports a f/2.2 aperture and an 84-degree wide-angle lens. It is powered by a 3505mAh non-removable battery that supports Qualcomm Quick Charge 3.0, said to charge the smartphone from zero to 50 percent in just 30 minutes.

The BlackBerry KEYone comes with 64GB of inbuilt storage that is expandable via microSD card (up to 2TB) in a hybrid dual-SIM configuration. In terms of connectivity, the smartphone supports 4G VoLTE, dual-band (2.4GHz and 5GHz) Wi-Fi 802.11ac, NFC, GPS/ A-GPS, Bluetooth v4.2, FM radio, USB Type-C (3.1), and a 3.5mm headphone jack.