BlackBerry Explains Why the Passport's Square Design Is Better for Work 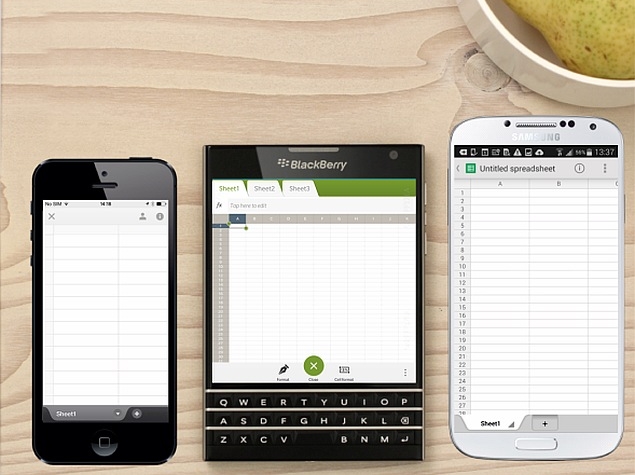 While the Canadian manufacturer is preparing for the launch of its first square-shaped smartphone, the BlackBerry Passport, in September, the company on Monday published a blog explaining the uniqueness of its design, and how it is better for work, as well as media consumption.

BlackBerry said the 4.5-inch square display has numerous advantages, and offers "the same viewing space as a 5-inch phone but offers an even better viewing experience because of the screen's width."

The company also explained that how it is better when comes to reading as BlackBerry Passport will show 60 characters, while current rectangular shaped smartphones show approximately 40 characters on a line in a book.

"BlackBerry Passport offers its size and aspect ratio to accommodate these characters, making it the ideal device for reading e-books, viewing documents and browsing the web. No more worrying about portrait or landscape modes, and no; you aren't missing anything," said BlackBerry on its blog.

Explaining about the movie experience in 4:3 aspect ratios, BlackBerry said that users will not "have to sacrifice screen real estate, vertically or horizontally." The company even compared it to the popular IMAX.

The blog adds the BlackBerry Passport was "designed from the ground up for the working professional in mind," and gives several advantageous use cases for the smartphone (architects looking at blueprints, doctors looking at X-ray reports, and stock brokers navigating a Web-based trading platform). Writers get both a large display and a Qwerty keyboard.

Previously, BlackBerry's CEO John Chen at the company's earnings report and annual meeting in June had first showed-off the square-shaped smartphone, announcing it to be dubbed BlackBerry Passport.

By far, based on a BlackBerry's developer listing, we already know that the Passport smartphone will sport a 4.5-inch display with a resolution of 1440x1440 pixels and offer a pixel density of 453ppi.

Other rumoured specifications of the BlackBerry Passport include BlackBerry 10.3 OS, 3GB of RAM, a 13-megapixel rear camera, a 3-megapixel front-facing camera and a 3450mAh battery.
Comments