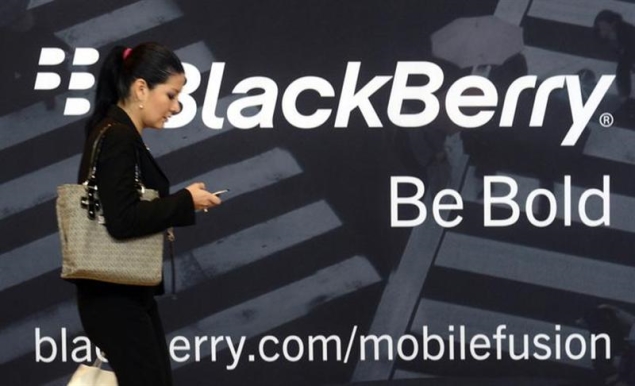 BlackBerry announced Monday it has agreed to a $4.7 billion buyout by a consortium of investors who plan to take the struggling Canadian smartphone maker private.

The company said in a statement that it has "signed a letter of intent agreement under which a consortium to be led by Fairfax Financial Holdings Limited has offered to acquire the company subject to due diligence."

Fairfax, a Canadian firm headed by billionaire Prem Watsa, is already BlackBerry's largest shareholder with approximately 10 percent of its shares. Watsa resigned from BlackBerry's board when it announced in August its intentions to search for a suitor.

Under the proposed deal the consortium would offer $9 for each outstanding share, and Fairfax would contribute its own shares in the transaction.

BlackBerry said its board of directors support the plan.

A firm deal, once due diligence is completed, is expected to be announced by November 4. It hinges also on the consortium obtaining financing.

BlackBerry said it would continue a search for a possibly better suitor in the interim.

Markets halted trading of BlackBerry just prior to its announcement. Its stock price was down six percent to $8.23.

While BlackBerry helped create a culture of mobile users who were glued to the company's smartphones, many of those customers have since moved to Apple or other smartphone makers such as Samsung, mainly using Android.

On Friday, the company announced it was laying off 4,500 staff or one-third of its global workforce after a dismal launch of new smartphones earlier this year that were meant to revive BlackBerry.

It also said it expected to post a nearly $1 billion loss in the second quarter due to writedowns linked to poor sales of its Z10 smartphone, a device aimed specifically at competing against Apple and Android devices.

The company's highly-publicized launch of the BlackBerry 10 platform earlier this year failed to ignite sales.
Comments