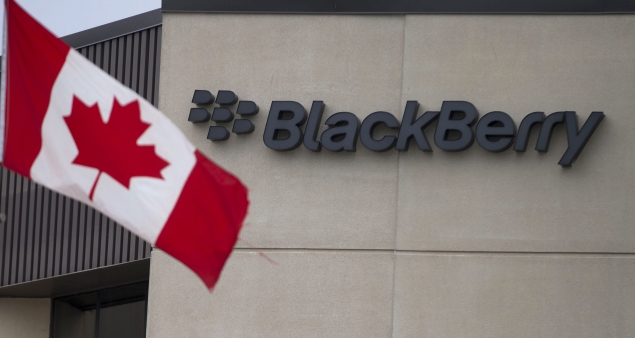 BlackBerry abandoned its sale process on Monday, and announced it will replace its chief executive.

Fairfax, BlackBerry's largest shareholder with a 10 percent stake, said it won't buy the struggling smartphone company and take it private but said it and other investors will inject $1 billion as part of a revised investment proposal.

BlackBerry says CEO Thorsten Heins is stepping down. Heins took over in early 2012 after the company lost billions in market value.

John Chen will serve as interim CEO. Fairfax head Prem Watsa will be appointed to the board.

BlackBerry announced in September that Fairfax Financial Holdings Ltd. signed a letter of intent that contemplated buying BlackBerry for $9 a share, or $4.7 billion, and taking it private. Fairfax said then it wouldn't increase its 10 percent stake and the company went about trying to attract other investors.

"They never had any money beyond the Fairfax money," BGC analyst Colin Gillis said. "It's an under $5 billion market cap company with $2 billion in cash, you put up a $1 billion and you couldn't get the rest?"

Gillis said it's not an unexpected outcome because the stock was trading well below the possible $9 bid price. He said potential investors must have looked at the books and didn't like what they saw.

The BlackBerry, pioneered in 1999, had been the dominant smartphone for on-the-go business people and other consumers before Apple debuted the iPhone in 2007 and showed that phones can handle much more than email and phone calls. In the years since, BlackBerry Ltd. been hammered by competition from the iPhone as well as Android-based rivals.

In January, the company unveiled new phones running a revamped operating system called BlackBerry 10 designed to better compete but the phones did not sell well.