BlackBerry 5G Phone With Physical Keyboard Set to Debut in 2021

BlackBerry 5G phone will debut in North America and Europe in the first half of 2021. 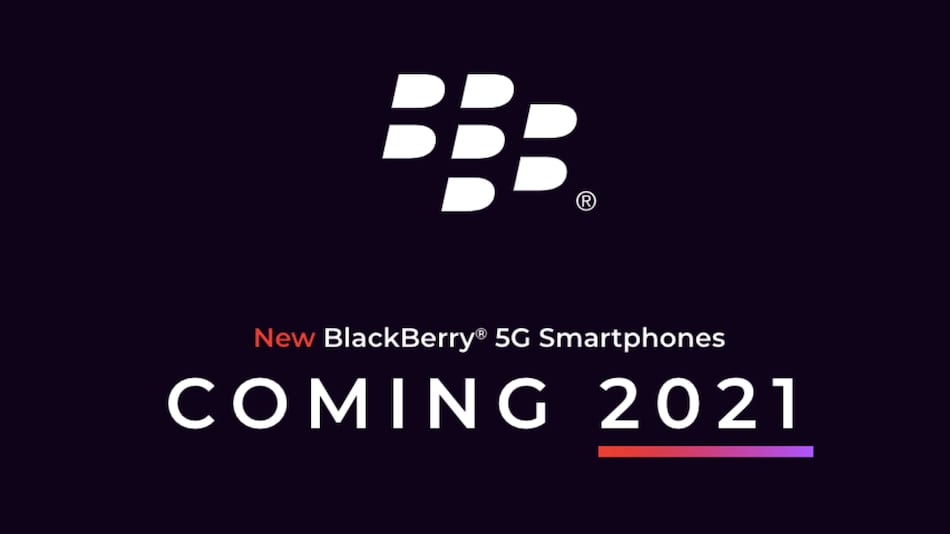 BlackBerry 5G phone will come with a redesigned “clean-sheet” keyboard

BlackBerry brand is coming back to the smartphone market once again. The revival is, however, courtesy a Texas startup named OnwardMobility that has experience in building security solutions for government and enterprise customers. The new BlackBerry phone will be a 5G device - featuring a physical keyboard and include a list of enterprise-focussed security features. The new development comes a little over six months after previous BlackBerry brand licensee TCL Communication announced that it would cease the sales of BlackBerry-branded devices starting August 31.

OnwardMobility is set to launch the first 5G BlackBerry smartphone, based on Android with a physical keyboard, as early as the first half of 2021. The phone will debut in North America and Europe. However, there isn't any clarity whether it would also reach other markets at a later stage.

OnwardMobility has partnered with Foxconn subsidiary FIH Mobile to produce the new BlackBerry phone, the company said in a statement. The new phone is touted to be a “feature-rich 5G-ready” model with features to enhance productivity. It is seemingly aimed at enterprise customers, who demand security alongside smart features.

Details about the specifications of the new BlackBerry phone are yet to be revealed. However, Franklin in an interview with The Register said that it would come with a redesigned “clean-sheet keyboard.” The phone is also promised to receive long-term support.

The 5G BlackBerry phone is also said to have competitive pricing. This suggests that it wouldn't be something that could take on the likes of Samsung Galaxy Note 20 or the upcoming Apple iPhone 12. Instead, it is likely to be a mid-range offering.

“We are excited that customers will experience the enterprise and government level security and mobile productivity the new BlackBerry 5G smartphone will offer,” said John Chen, Executive Chairman and CEO, BlackBerry, in a statement.

This isn't the first time when BlackBerry brand is making a comeback in the smartphone market. The brand faced a tough fight following the expansion of Android smartphones and ultimately signed a licensing deal with TCL Communication in December 2016. It also partnered with Optiemus Infracom in February 2017 to produce and sell Android smartphones in India, Sri Lanka, Nepal, and Bangladesh. Specifically for Indonesia, it tied up with BB Merah Putih.

However, in February, TCL Communication announced that it would no longer sell BlackBerry-branded mobile devices. Other brand licensees have also maintained silence since October 2018 - after the launch of the BlackBerry KEY2 LE that emerged as the last phone brought under the brand that was earlier known for premium mobile devices.