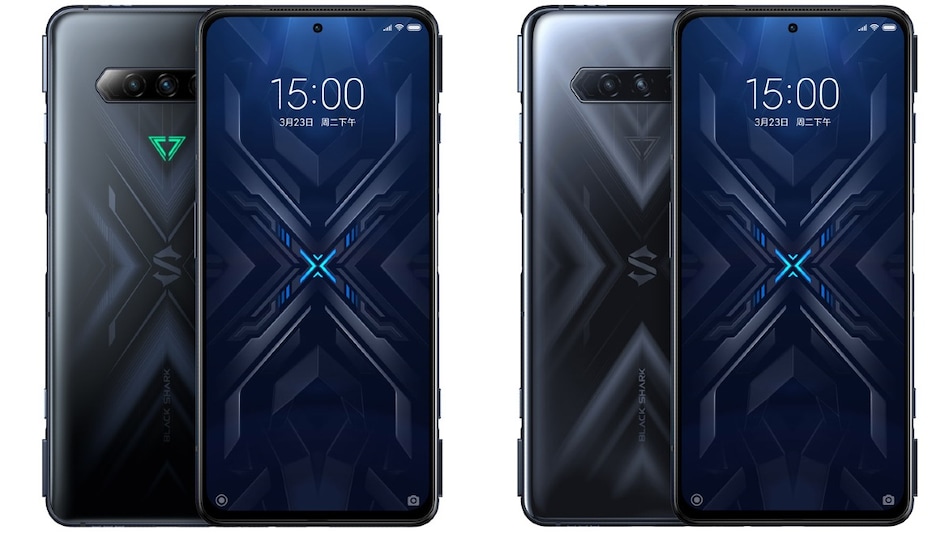 Black Shark 4 and Black Shark 4 Pro has been launched in China. The smartphones feature considerable upgrades over their predecessors – Black Shark 3 and Black Shark 3 Pro. They feature displays with 144Hz refresh rate and UFS 3.1 flash storage. While the pro variant features the top-end Qualcomm Snapdragon 888 SoC, the non-Pro model is powered by the Qualcomm Snapdragon 870 chipset. The company has also launched a slew of accessories, that include Cooling Back Clip 2 Pro and in-ear gaming headset.

Both the phones are currently available for pre-orders on the company's online store.

The dual-SIM (nano) Black Shark 4 Pro runs on JoyUI 12.5, based on Android 11. It sports a 6.67-inch full-HD+ Samsung E4 display with 144Hz refresh rate and a 720Hz touch-sampling rate. The display sports a hole-punch design and the cutout features a front-facing camera. Under the hood, Black Shark 4 Pro comes equipped with Qualcomm Snapdragon 888 SoC, paired with up to 16GB of LPDDR5 RAM and up to 512GB of UFS 3.1 storage. The phone also has an SSD for faster performance.

Onboard sensors include accelerometer, ambient light sensor, electronic compass, gyroscope, and a proximity sensor. There is a side-mounted fingerprint sensor, and the phone features a lighting effect on the back panel. Lastly, the smartphone measures 163.83x76.35x9.9mm in dimensions and weighs 220grams.

Black Shark 4 has similar specifications in terms of OS, display, and battery. Under the hood, Black Shark 4 is powered by the Qualcomm Snapdragon 870 SoC, paired with up to 12GB of LPDDR5 RAM and up to 256GB of UFS 3.1 storage. As for the cameras, Black Shark 4 features a triple rear camera setup with a 48-megapixel primary sensor. Rest of the cameras are similar to the Pro variant. The gaming smartphone measures 163.83x76.35x9.9mm in dimensions and weighs 210grams.