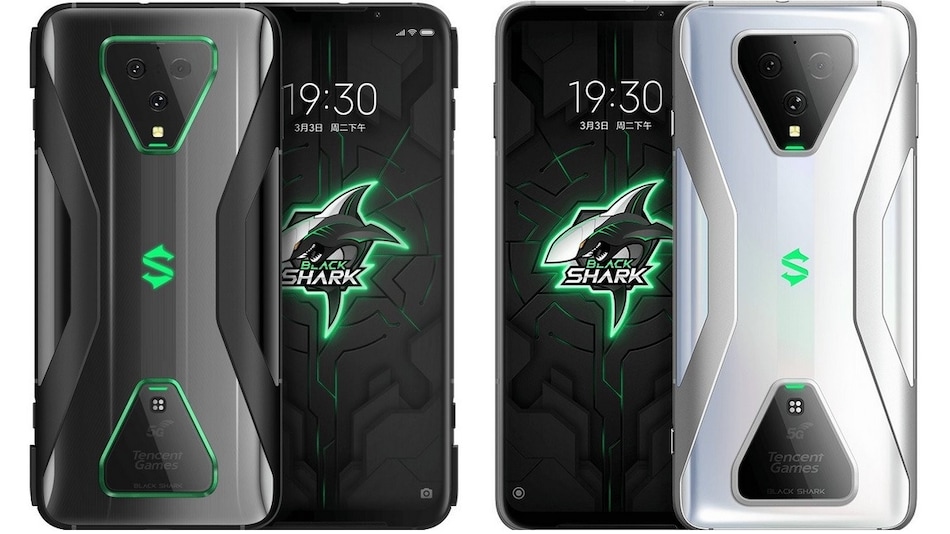 Black Shark has launched its highly anticipated Black Shark 3 gaming phone in China. Not just that, the company has also launched a Pro version of the device, as well as a bunch of accessories for a better gaming experience. Both devices are powered by the Snapdragon 865 SoC and have almost the same triple camera setup on the back. The Pro variant comes with dedicated gaming shoulder buttons but the non-Pro variant does not. The Black Shark 3 is available in Armor Grey, Lightning Black, and Star Silver while the Black Shark 3 Pro comes in Armor Grey and Phantom Black.

The dual-SIM (Nano) Back Shark 3 runs Android 10 with the company's JOYUI skin atop. It has a 6.67-inch AMOLED display (1080 x 2400) with an aspect ratio of 20:9 and a pixel density of 394ppi. According to Black Shark's website, the display covers 105 percent of DCI-P3 colour gamut and a peak brightness if 500 nits. The display has a 90Hz refresh rate and a 270Hz touch sampling rate. It is powered by the octa-core Snapdragon 865 SoC clocked up to 2.84GHz. The graphics are handled by the Adreno 650 GPU. The Black Shark 3 comes in two RAM configurations, 8GB and 12GB, with the former being LPDDR4x dual channel and the latter being LPDDR5 dual channel.

The Black Shark 3 Pro comes with a massive 7.1-inch AMOLED display (1440 x 3120) with an aspect ratio of 19.5:9 as listed on the company's website. This gives it a pixel density of 483ppi. It has the same peak brightness of 500 nits as the standard version, but only covers 97 percent of the DCI-P3 colour gamut. The Black Shark 3 Pro also has a 90Hz refresh rate with a 270Hz touch sampling rate. It is powered by the same processor and GPU but has LPDDR5 dual channel memory and two variants, 8GB and 12GB.

The front and rear cameras on Black Shark 3 Pro are the same as the standard Black Shark 3 with the only difference being support for laser focus on the Pro variant. It comes in only one storage option which is 256GB of UFS 3.0 storage. The device has the same connectivity options as the non-Pro variant.

The Black Shark 3 Pro comes with dedicated gaming buttons on the right side of the phone while the non-Pro version does not. When put into landscape mode, these buttons are like shoulder buttons, common on most gamepads.