According to Antutu, Black Shark 3 has scored 612651 on its benchmarking app. 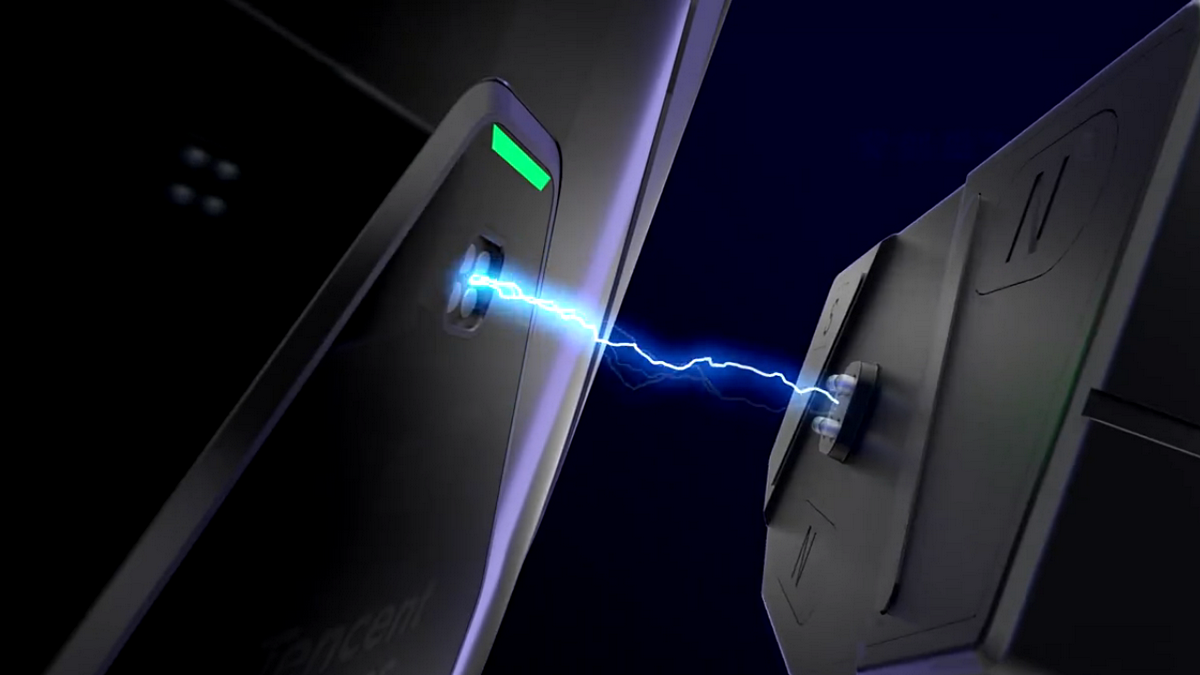 Tencent Black Shark 3 will come with two ports for charging

Black Shark is busy creating hype for its upcoming Black Shark 3 gaming smartphone these days that will officially be known as Tencent Black Shark 3 in China. The company has shared multiple teasers for the phone so far and now, Xiaomi CEO Lei Jun has shared a short promo video of the device that shows a new magnetic charging connector. Xiaomi is an investor in Black Shark. Jun posted on the video on his Weibo account and the translation revealed that a USB Type-C port and headphone jack will also be present at the bottom of the device. Also, benchmarking service Antutu has shared the alleged specifications of the Black Shark 3 smartphone on its Weibo account.

The promo video shared Jun shows the ‘Tencent Games' branding on the back of the phone where the magnetic connector is located. We already know that the Black Shark 3 will have 65W fast charging but it is unclear whether the magnetic charging port will also charge at the same speed or if the 65W number is limited to the Type-C port. This magnetic connector on the back is meant to make charging the phone easier while playing games. Black Shark has also teased the presence of the magnetic charger on its own Weibo account.

Coming to the specifications shared by Antutu benchmark, it says that the phone will come with 12GB RAM and 512GB storage. Antutu also mentions that Black Shark 3, codenamed MBU-AO, managed to get a score of 612651 on its benchmarking app and this is the highest score till now for any smartphone. The presence of Android 10 in the phone has also been noted by Antutu.

A tipster has also shared an alleged image of Black Shark 3 on Weibo that indicates the presence of triple camera setup on the back of the phone, housed in a triangular shaped module.

The Black Shark 3 will be officially launched on March 3. As of now, we know it will have a 90Hz display with 270Hz touch sampling rate, 4,720mAh battery, UFS 3.0 storage, LPDDR5 RAM, and 65W fast charging, along with the Snapdragon 865 SoC and Adreno 650 GPU. There is no confirmation on price or availability in the Indian market.

Apple Watch AFib Detection Has Its Limitations, Study Shows
TikTok the Most Downloaded App in January 2020 on App Store and Google Play Store in the US