Bevel Is a 3D Camera for Any Smartphone 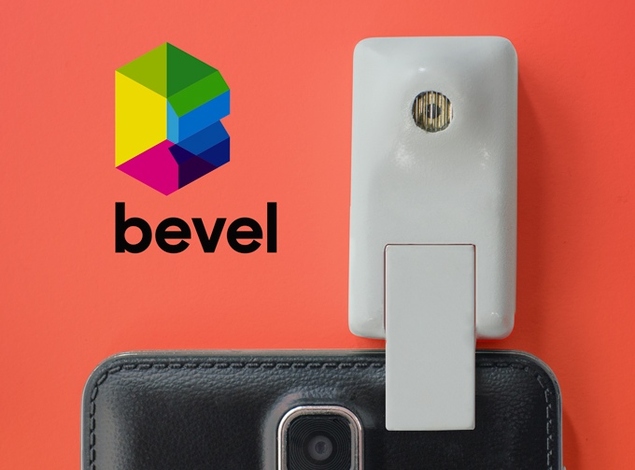 Our weekly Kickstarter of the Week column takes a look at the best of the world of crowdfunding, to find the coolest things on Kickstarter, Indiegogo, and other sites like those which are worth your time and money. We're looking for the next Oculus Rift or Pebble but along the way we've found a lot of other cool projects to back as well.

From DIY tools to high tech luggage, we've seen it all, and some of the quirkiest things we've seen of late include a gadget that turns any glass of water into a humidifier, a smart cup to keep your coffee warm, and a pen that can answer calls or send texts.

This week, we found the Bevel, a simple attachment that will give your Android or iOS device 3D photography capabilities.

The way it works is simple - it's a small gadget that attaches to your phone using the 3.5mm audio jack, and comes with a 3D camera. It doesn't just create the illusion of depth, but actually takes 3D images which, the Bevel creators claim, can also be used for 3D printing.

To use it, all you have to do is plug the Bevel into a phone, and then take a picture using the companion app. You can pan around an image to create a proper 3D image which uses a laser sight in the Bevel attachment to measure the distance between the camera and the objects being scanned, so that it can create a full depth map. The resulting image doesn't just look 3D - it comes with actual depth information, which is very important for 3D modelling and augmented reality applications. The files are shareable and the Bevel itself is charged using a Micro-USB port.

You can see how it works in the video below:

Right now, the project has crossed $100,000 (approximately Rs. 64 lakh) against a target of $200,000 (approximately Rs. 1.28 crore). You can get a Bevel for $49 (just over Rs. 3,000), for which you'll get a Bevel, a charging cable, and a calibration card. That's not a lot to pay for what looks like a cool accessory, but it's questionable how useful something like this will be over time. Also, you can find apps that already show you how to make stereogram 3D images which you can take with any phone.

Free apps like Phogy for Android, and Seene for iOS let you use your built in cameras to take 3D images. The difference is of course that the quality of the images taken and the depth you can generate is not really comparable, and if you really enjoy the 3D images, then the Bevel is the way to go.

There have been some instances of high profile crowdfunded projects that didn't ship despite making their financial targets, so you should think carefully before putting your money into any project.

That being said, the price is not too high, and the concept is cool enough that we'd be interested, so check out the page. Or, check out our older Kickstarter of the Week stories to see more from the world of crowdfunding.