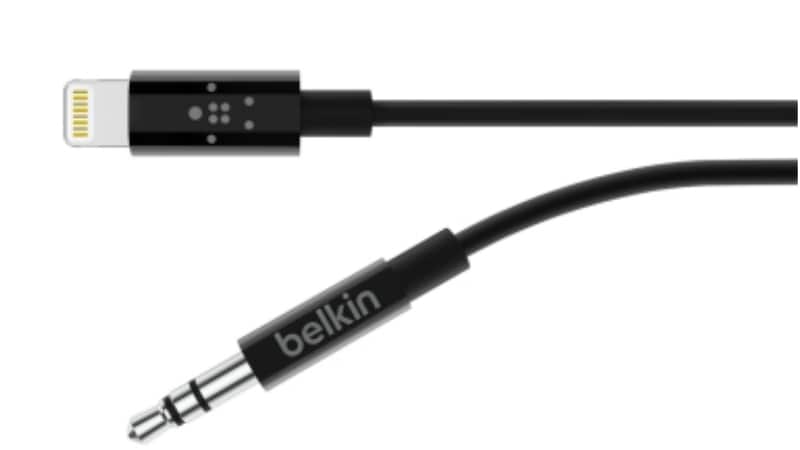 Belkin, known for its Apple accessories, launched a new wire in May this year to help car music lovers. The 3.5mm Audio Cable to Lightning Connector was then launched only in the US, and now it has arrived for the Indian market. This new Belkin accessory is available for purchase in India with a price tag of Rs. 2,999. The 3.5mm Audio Cable to Lightning Connector will only be available on Amazon and Apple Stores.

Only the six-foot-long Belkin 3.5mm Audio Cable to Lightning Connector has been launched in India in Black colour option. Ever since the headphone jack was dropped off, the age-old 3.5mm audio jack AUX cable was redundant for new iPhones, and multiple wires and adapters were required to play music from the iPhone in the car for those that either eschewed Bluetooth or didn't have a Bluetooth-capable car infotainment system. For these car music lovers, Belkin introduced this 3.5mm Audio Cable to Lightning Connector for a single-cable connection in a four wheeler. This wire will eliminate the need to connect multiple wires together to listen to music in your car.

The Belkin 3.5 mm Audio Cable With Lightning Connector claims to output high resolution audio by converting digital signals to analogue. It is compatible with the iPhone X, iPhone 8, iPhone 8 Plus, iPhone 7, and iPhone 7 Plus. It not only works with car speakers, but is also compatible with home speakers.

"Bringing our audio legacy into the digital realm is a natural progression of Belkin's mission to connect people to the experiences they love most. Most of us are music lovers, and the ability to work on technology that can make other music lovers' lives more fulfilling, better and more connected, inspires our teams to continue innovating," Melody Saffery, senior director of product development, Belkin said in a statement.