Auxillite Wants to Bring the 3.5mm Jack Back to Your iPhone 7 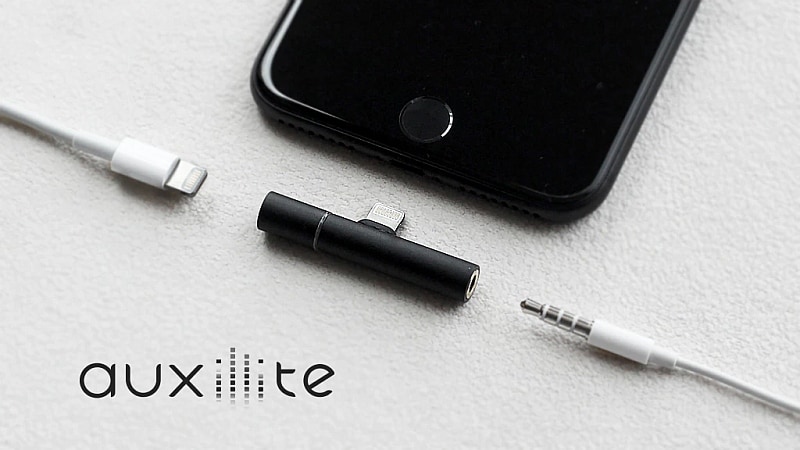 One of the things about the newly launched iPhone 7 and iPhone 7 Plus that has been hotly debated is the removal of its 3.5mm jack. Losing the port, it turns out, isn't that big a deal for many people, though several others see it as a huge drawback. Even if you're okay using the included adapter, one thing that remains an issue is charging your phone while you're listening to music. Since the phone uses the same port to power up and also to play your music, you can't do both at the same time.

This sounds like a smaller issue than completely dropping the 3.5mm jack, but the people whom we've spoken to found it an annoyance. A new Kickstarter project from a company called Auxillite might actually have a solution to this, and it's one of the sleekest adapters we've seen that aim to sort out this problem.

Right now, if you have an iPhone 7 or iPhone 7 Plus, Belkin has an adapter that allows you to charge your phone and listen to music at the same time. You can plug you 3.5mm to Lightning adapter into this Belkin adapter so you can use your old headphones with it as well. Thanks Apple.

Auxillite has a similar offering, but instead of a series of cables, it strips things down to the basics. The company's functional prototype is just a slim cylinder, with a Lightning port on one side, and a 3.5mm port on the other, with a lightning connector coming out of the middle, as you can see in the picture. It plugs directly into your phone, and then you can plug in your charger on one side, and your music on the other. Here's a video explaining how it works:

What if you've switched to Apple's Lightning connected headphones already? Well, you're out of luck, but if you're using headphones with a Lightning cable built in, then Belkin's solution isn't really that bad either, so you can definitely try it out instead. But if you're sticking to your old headphones then this is a good way to ditch the 3.5mm to Lightning adapter cable.

Auxillite's offering looks sleek enough that you could just leave it plugged into the phone at all times - just plug your headphones or charger in when you need them, or leave them off when you don't. It's hardly a groundbreaking product, but it looks useful and cheap, and its sleek design is a plus.