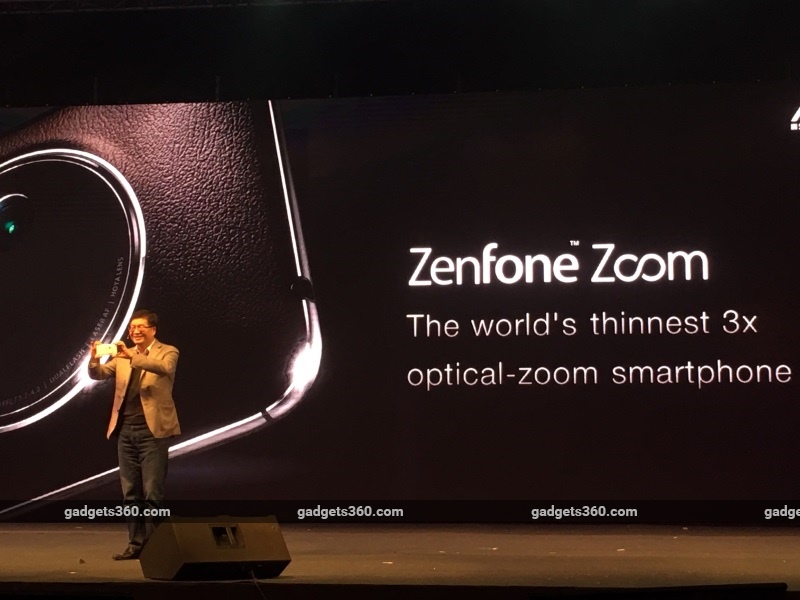 Asus launched the ZenFone Zoom smartphone at an event in Agra on Friday. The Asus ZenFone Zoom is the "world's thinnest smartphone with 3X optical zoom" and it comes to India carrying a price tag of Rs. 37,999. The phone is now available to purchase via Flipkart, and will be available via Asus stores starting February. A bundle of the smartphone alongside the ZenFlash and a Manfrotto-branded portable tripod will be available at a later date at Rs. 39,999.

Though there have been other smartphones with optical zoom, Asus has managed to pack it in a package that still looks like a phone, and not as if cellular connectivity was thrown into a camera. The Asus ZenFone Zoom offers an effective zoom of 12x (3x optical, 4x digital).

"Photography has become extremely important for today's smartphone users," Jerry Shen, CEO, Asus said in an emailed statement. "Consumers want to capture every precious moment of their lives on their smartphone cameras, and also be able to perform multiple tasks with the same device. With ZenFone Zoom, we are introducing an unbeatable smartphone that complements today's lifestyles and puts professional photography within the reach of everyone." 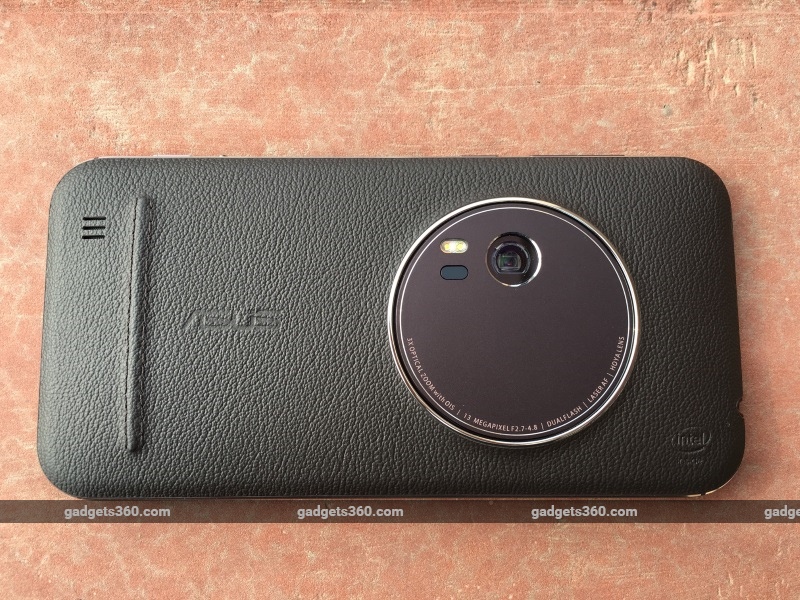 The highlight of the Asus ZenFone Zoom is its 13-megapixel PixelMaster rear camera with 10-element lens (developed by Hoya) including optical image stabilisation (OIS) with up to four stops. The ZenFone Zoom includes Asus' laser auto-focus technology that is claimed to be able to zero in on objects in just 0.03 seconds. The smartphone comes with other features like dual-LED Real Tone flash and a camera app that supports long exposures of up to 32 seconds. The Asus ZenFone Zoom can capture super-resolution images of up to 52 megapixels, which is created by stitching together 5 frames captured in succession. Its macro mode lets you get as close as 5cm (2 inches).

In terms of design, the Asus ZenFone Zoom comes with dedicated buttons for shooting, recording, and telephoto operations. Its unibody frame has a metallic finish, with a choice of Pure Black or Ceramic White (both with leather finish) on the rear. ZenFone Zoom also comes with a 'safety loop', to complete the camera-likeness.

As far as the Asus ZenFone Zoom specifications are concerned, it is powered by a 64-bit Z3590 Intel Super Quad-core CPU clocked at 2.5GHz, alongside 4GB of LPDDR3 RAM and 128GB of internal storage, expandable by the same amount via a microSD card. It comes with Wi-Fi direct, Bluetooth 4.0, 802.11ac, GPS connectivity options, and it accepts a single Micro SIM. In terms of sensors, the Asus ZenFone Zoom has an accelerometer, proximity, ambient light, gyro, digital compass, and a hall-effect sensor. All this is backed by a 3000mAh battery and Asus ZenUI on top of Android 5.0 Lollipop.

Disclosure: Asus sponsored the correspondent's travel and hotel for the event in Agra.