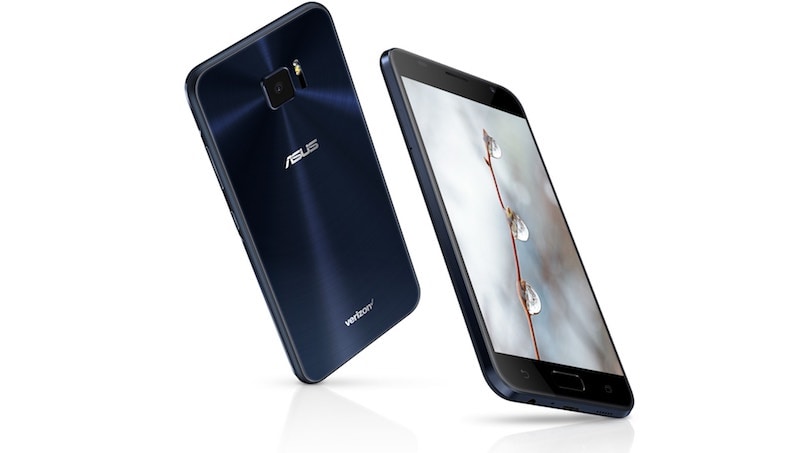 Asus ZenFone V smartphone has been launched in the US in an exclusive partnership with telecom carrier Verizon. The new Asus phone has model name V520KL, and the V in the phone's name likely refers to Verizon rather than the number 5; a smartphone by the name of ZenFone 5 already exists. As a Verizon phone, the ZenFone V will probably not be released in markets other than the US. Although the smartphone has been listed on Asus' website, the carrier is yet to reveal pricing and availability details, but we do know that the handset will be available in Sapphire Black when it goes on sale.

As per the listing on the website, the Asus ZenFone V sports a 5.2-inch full-HD (1080x1920) AMOLED display with a 2.5D Corning Gorilla Glass on top and a 10-finger capacitive touch. It is powered by a 2.2GHz quad-core Snapdragon 820 SoC coupled with 4GB of RAM and runs on the company's own ZenUI 3.0 based on Android 7.0 Nougat.

One of the talking points about the Asus ZenFone V is its primary camera which features a 23-megapixel sensor with an f/2.0 aperture, laser autofocus, 4-axis OIS, EIS, and PixelMaster camera modes like low-light, portrait, and selfie panorama, among other things. Over on the front, you'll find an 8-megapixel camera with an f/2.0 aperture.

The Asus ZenFone V is offered with 32GB of inbuilt storage, which is expandable via microSD card (up to 256GB). Connectivity options on board include Bluetooth 4.2, Wi-Fi 802.11a/b/g/n/ac, Wi-Fi direct, GPS, A-GPS/GLONASS, 4G support, USB Type-C, and more. Sensors include accelerator, ambient light, gyroscope, and proximity sensor, among others. It is fitted with a 3000mAh battery with support for PowerDelivery 2.0 via USB-C, measures 146.5x72.6x7.6mm, and weighs 147 grams.