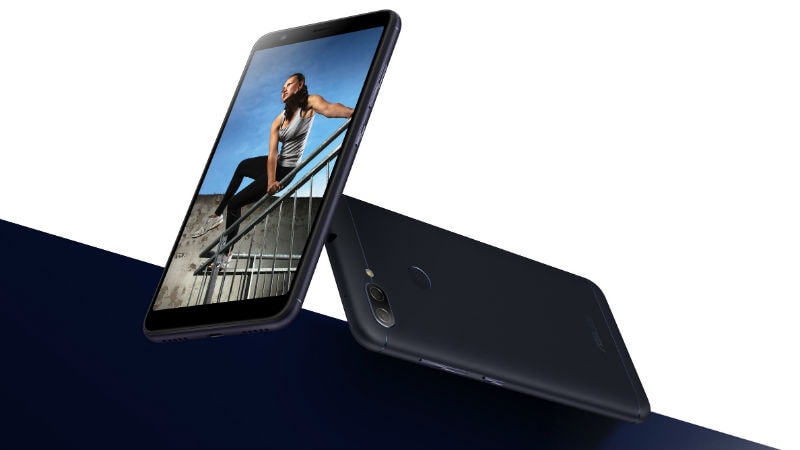 Weeks after launching its very first bezel-less display-sporting Pegasus 4S in China, Asus has unveiled the ZenFone Max Plus (M1) as its second offering with an 18:9 display. The new handset also sports a dual camera setup and is officially listed in Russia. The Taiwanese manufacturer is likely to launch the new ZenFone Max model to other regions following its initial debut in the Russian market.

The Asus ZenFone Max Plus (M1) features a 5.7-inch IPS display with a full-HD+ (1080x2160 pixels) resolution and an 18:9 aspect ratio. Under the hood, the handset has a MediaTek MT6750T processor that was previously seen powering the ZenFone 3s Max, coupled with 2GB or 3GB of RAM. There are two storage options - 16GB and 32GB onboard storage - with a dedicated microSD card support for expanding the built-in storage (up to 256GB). The handset has dual-SIM support with 4G network access.

Similar to preceding ZenFone Max models that had massive battery packs, the ZenFone Max Plus (M1) has a 4130mAh battery that is claimed to deliver up to 26 hours of talk time on a 3G network or 13 hours of video playback on a single charge. The smartphone also comes preloaded with Asus' PowerMaster that is claimed to increase its battery life by two times, withstanding up to 500 cycles of full discharge.

Asus has provided a pair of camera sensors on the back of the ZenFone Max Plus (M1) - one with 16-megapixel and the other one with 8-megapixel resolution. The dual camera setup has an f/2.0 aperture lens as well as a 120-degree wide-angle lens to capture landscape and group photos. On the front, the smartphone has an 8-megapixel camera sensor with f/2.0 aperture lens. There are pre-installed features such as skin toning, smoothing, lightening, and eye correction among others to enhance selfies.

The Android 7.0 Nougat-based ZenFone Max Plus (M1) runs ZenUI on top with a face detection feature, similar to models like the Vivo V7 and LG Q6. Also, there are connectivity options such as Wi-Fi 802.11 b/g/n, Bluetooth 4.0, A-GPS, and Micro-USB port. The handset additionally comes with a fingerprint scanner and packs in a metal body that has Black Wave, Azure Silvery, and Sunny Golden colour options.

Price and availability of the ZenFone Max Plus (M1) are yet to be announced. However, Russian site Helpix.ru claims that the smartphone will soon debut in the country.