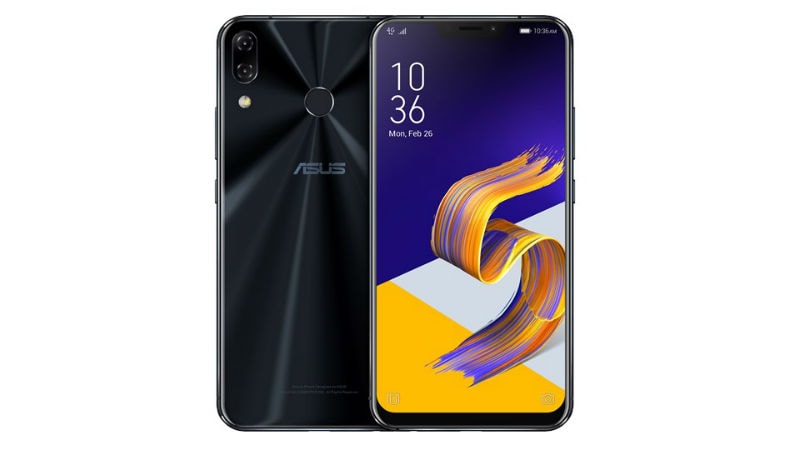 Asus ZenFone 5 is reportedly set to launch in a few markets on Thursday, April 12. The company had unveiled the smartphone, alongside the ZenFone 5Z and ZenFone 5 Lite, at MWC 2018. All the three smartphones from Asus are equipped with AI-enabled features, "all-screen" 18:9 displays that deliver a 90 percent screen-to-body ratio, and dual camera systems. Meanwhile, the pricing details of the ZenFone 5 variant have been leaked ahead of the launch.

As per a MyDrivers report, the Asus ZenFone 5 will retail for TWD 11,990 (roughly Rs. 26,700, while the company has launch events scheduled in both China and Taiwan. It is worth noting that the smartphone comes with an iPhone X-like notch. While there is no information on whether Asus will launch the ZenFone 5 in India, we will also have to wait for details about the ZenFone 5 Lite series. To recall, the ZenFone 5Z had its starting price revealed at MWC 2018 - EUR 479 (roughly Rs. 38,400). Also, more handsets appear to be making way into the ZenFone family soon, such as the Asus ZenFone 5 Max.

The Asus ZenFone 5 sports a dual rear camera setup, with the primary camera sporting a 12-megapixel Sony IMX363 sensor coupled with an f/1.8 aperture and the secondary camera has a 8-megapixel sensor coupled with f/2.2 aperture. The front camera bears an 8-megapixel resolution, with an f/2.0 aperture. There is 3-axis EIS available for both the front and rear cameras, as well as a Face Unlock feature, and real-time beautification features.

As for storage, the Asus ZenFone 5 will come with 64GB inbuilt storage expandable via microSD card (up to 2TB). Connectivity options include 4G VoLTE, Wi-Fi 802.11ac, Bluetooth v5.0, NFC, GPS/ A-GPS, FM radio, USB Type-C, and 3.5mm headphone jack. It bears a fingerprint sensor on the rear panel that's capable of detecting damp fingerprints and unlocks the phone in as little 0.3 seconds. It runs on a 3300mAh battery that supports AI Charging tech. The ZenFone 5 weighs 155 grams. It will be available in Midnight Blue and Meteor Silver colour variants.