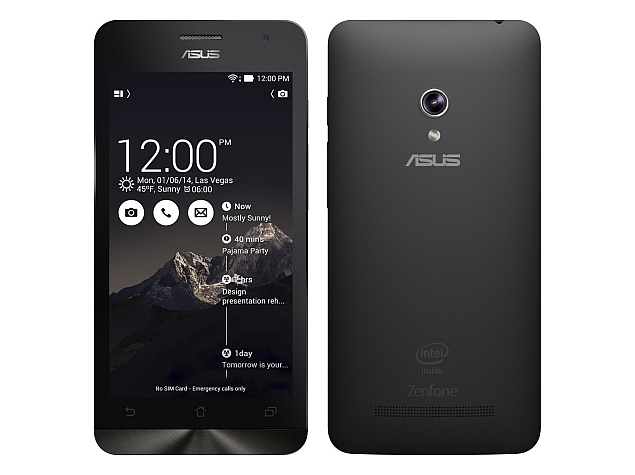 After introducing the ZenFone 5 (A502CG), also known as the ZenFone 5 Lite, in the Philippines last month, Asus has now brought the smartphone to Indian shelves priced at a Rs. 8,999. The handset is available to buy via retail partner Flipkart.

The ZenFone 5 (A502CG) is a lite-variant of the ZenFone 5 (A501CG) smartphone. The dual-SIM Asus ZenFone 5 (A502CG) runs Android 4.4 KitKat out-of-the-box with ZenUI and features a 5-inch qHD (540x960 pixels) display. The display is also powered by the company's own TruVivid technology for throwing more vibrant colours on the screen.

The Asus ZenFone 5 (A502CG) features an autofocus 8-megapixel rear and a 0.3-megapixel (VGA resolution) front-facing camera. Connectivity options include Wi-Fi, Bluetooth 4.0, GPS, AGPS, and 3G. Also, the smartphone sports 8GB of inbuilt storage, which can be expanded via microSD card (up to 64GB). The device measures 72.8x148.2x10.8mm, weighs 160 grams and is only available in a Deep Black colour variant from Flipkart.