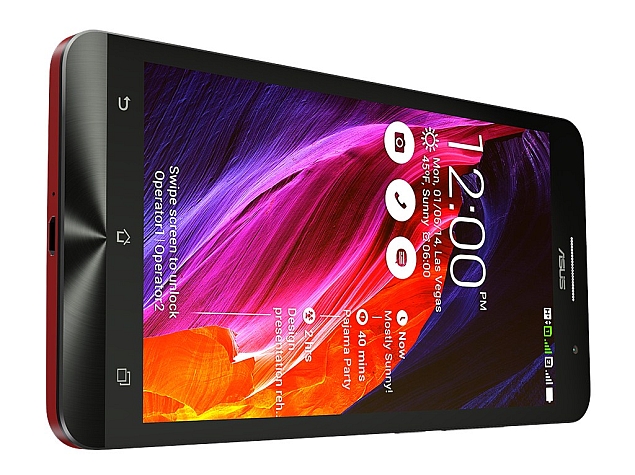 Almost after a week of announcing the start of the Android 5.0 Lollipop update rollout for its first generation ZenFone 4, ZenFone 5, and ZenFone 6 for global and China users, Asus India on Wednesday announced the update was available for its users in India as well.

It is worth noting that the Android 5.0 Lollipop update for the first-generation ZenFone smartphones was delayed last month, with the company citing issues in verification.

Available for Asus ZenFone 4 (A400CG and A400CXG), ZenFone 5 (A500CG and A501CG), and ZenFone 6 (A600CG and A601CG), the Android 5.0 Lollipop update can be downloaded from the company's Support Helpdesk page. The firm notes the update may require users to factory reset their devices, and it is thus recommended to backup important data before attempting the update process.

Asus last week listed the changes the Android 5.0 Lollipop update would bring to the ZenFone 4, ZenFone 5, and ZenFone 6 handsets, apart from the Material Design UI and other changes that Google's Android update offers. These include the removal of some pre-installed apps such as battery widget, PhotoFrame widget, Movie Studio, Cloud Print, CMClient, and Magic Smoke Wallpapers.

Until Asus' announcement of the global rollout last week, the LTE-variant of the ZenFone 5 was the only smartphone that had received the Android 5.0 Lollipop update.

Apple Music Cautiously Embraced by Record Industry
As Jurassic World Hits the Theatres, a Look Back at Our Favourite Dinosaurs From Jurassic Park