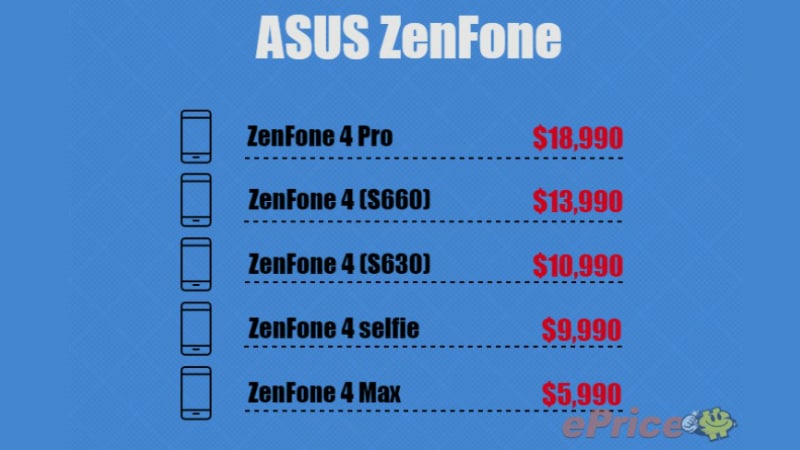 Asus ZenFone 4 is set to be launched on August 17, and just like every year, it will be launched in many variants. While several leaks giving tidbits of many variants have popped up online, the prices of all of them now seem to have been leaked. According to the leak, the Asus ZenFone 4 Pro is going to be the most expensive of the lot, and the already unveiled Asus ZenFone 4 Max is the cheapest.

The Asus ZenFone 4 series smartphones were first slated to release in July, but that didn't happen. Now, with the date confirmed for August 17, let's see how many variants see the light of the day.