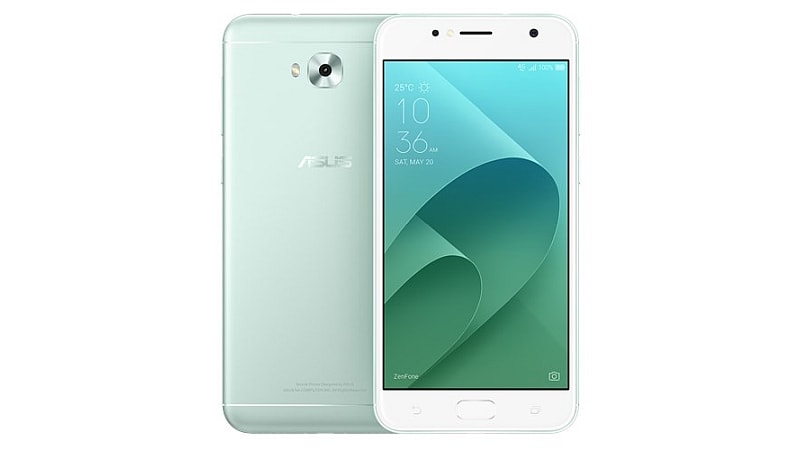 Asus has unveiled yet another ZenFone 4 variant. The Asus ZenFone 4 Selfi Lite has been launched in the Philippines, and is a budget smartphone with a focus on the selfie camera. The rest of the specifications are decidedly entry-level, with a Snapdragon 425 SoC one of the examples. The smartphone is due to go on sale this month, media reports indicate. It has been launched in Deepsea Black, Mint Green, Rose Pink, and Sunlight Gold colour variants. Asus is also touting 100GB of free space via Google Drive for 2 years.

The Asus ZenFone 4 Selfie Lite sports a 13-megapixel rear camera with LED flash and phase detection autofocus (PDAF). On the front, the smartphone bears a 13-megapixel sensor coupled with an f/2.0 aperture and a 'softlight' LED flash. It comes in two inbuilt storage options - 16GB and 32GB - expandable via microSD card (up to 2TB) with a dedicated slot.

Connectivity options on the Asus ZenFone 4 Selfie Lite include 4G, Wi-Fi 802.11 b/g/n, Bluetooth v4.1, GPS/ A-GPS, 3.5mm audio jack, and Micro-USB. Sensors on board the smartphone include an accelerometer, ambient light sensor, digital compass, fingerprint sensor (on the home button), gyroscope, and proximity sensor. The smartphone measures 155.66x75.9x7.85mm and weighs 144 grams. It is powered by a 3000mAh battery.

Justice League Combats the End of the World in New Trailer
WhatsApp Business APK Available for Download; Migration and Other Features Detailed